Gentle Friends, alright, I just can't help myself, I love the movies, and there are just too many Christmas films I want to mention to leave off these from the list. 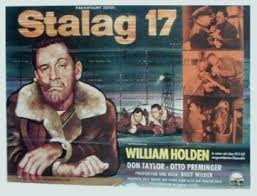 ..."Stalag 17" - 1953 - starring William Holden, Don Taylor and Otto Preminger - although not overetly Christmas themed the story comes to a head on Christmas. "It's a dreary Christmas 1944 for the American POW's in Baracks 4 - who have to deal with a security leak" - the main them of the film is about trustworthiness......  and who is the informant.

A really great film, and I think one of the top 10 war films ever made.

The next films are more Christmas in theme and similar in story line....  the second film is.... 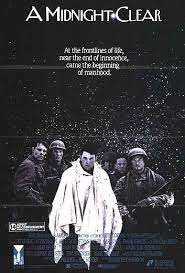 .... "A Midnight Clear" - 1992 - starring Ethan Hawke, Gary Sinise, Peter Berg, Kevin Dillon - ....."Set in 1944 France, an American Intelligence Squad locates a German Platoon wishing to surrender rather than die in Germany's final war offensive,  The two groups of men, isolated from the war, put aside their difference and spend Christmas together."  From a novel of the same name by William Wharton.  A much underrated film with wonderful acting - with little gun fire it relies on great acting and superior visual stimulation.

The third and final film is a TV film, but so worth a look and such a wonderful true story.... 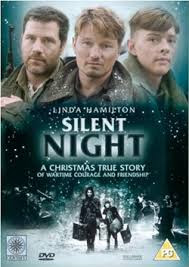 .... "Silent Night" - 2002 - starring Linda Hamilton, Matthew Harbour, Romano Orzari, Alain Goulem, Martin Nuefeld.  A really powerful fact based film about a mother whose home has been destroyed by bombing, she has lost her eldest son at the battle of Stalingrad, her husband has not been heard from for months......so she decides to take refuge with her son by leaving the city and going into the forest, to their hunting cabin, not knowing it is near the front lines, in the Ardennes forest.  On Christmas Eve her home is invaded first by three American soldiers then by three German soldiers, but by shear will she compels the soldiers to put aside their differences and share Christmas Dinner.  A really powerful film that like "A Midnight Clear" is also much underrated and not well know, but so worth viewing.

Although not your typical Christmas movie fare, I do hope you get a chance to see them.

Thanks again for taking time to stop by the Blog, do stop again!!