Gentle Friends, the film in the #3 Slot is what many consider a modern Christmas classic - the movie.... 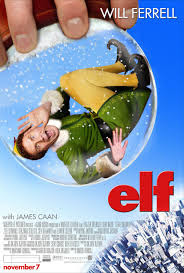 ....."Elf" - 2003 - starring Will Farrell, James Caan, Edward Asner, Bob Newhart, Zooey Deschanel and Mary Steenburgen.  The story in a nutshell is.... a human, played by Farrell, raised at the North Pole by elves  finds out he is not an "elf" but human.  He sets off on a quest to find his real father in New York, played by Caan.  He gets a job at Gimbals, and in a mail room and has adventures in the Big City, as only an Elf can. Here's a little something to remember from the film.....  "the best way to spread Christmas cheer is singing loud for all to hear."  A really fun, often silly film that is great for all ages - it often plays during the Season, so give it a look.
_______________ 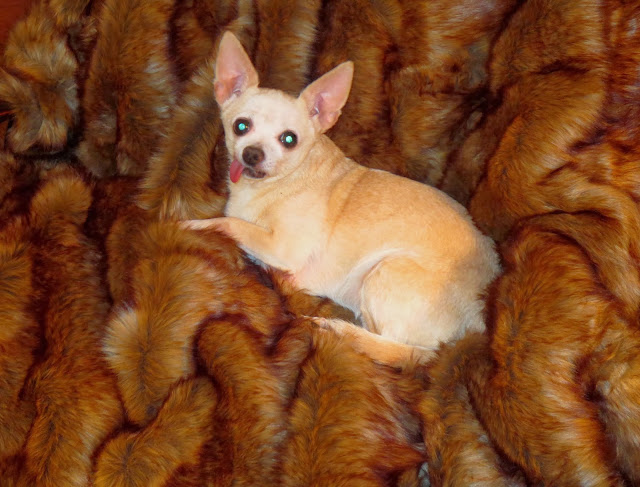 ......  yesterday we went Christmas shopping after work and I bought a really super "faux" fur throw and within seconds of unwrapping it her majesty, the Peach, found a lovely soft, warm spot!!!!!

That about wraps it up for the week sports fans.  Thanks for stopping by, do stop again!!