Gentle Friends, it was just announced that Star Trek Discovery will be back for a third season!!  WooHoo!!  I guess I'll just have to keep my CBS Streaming Service a little longer! 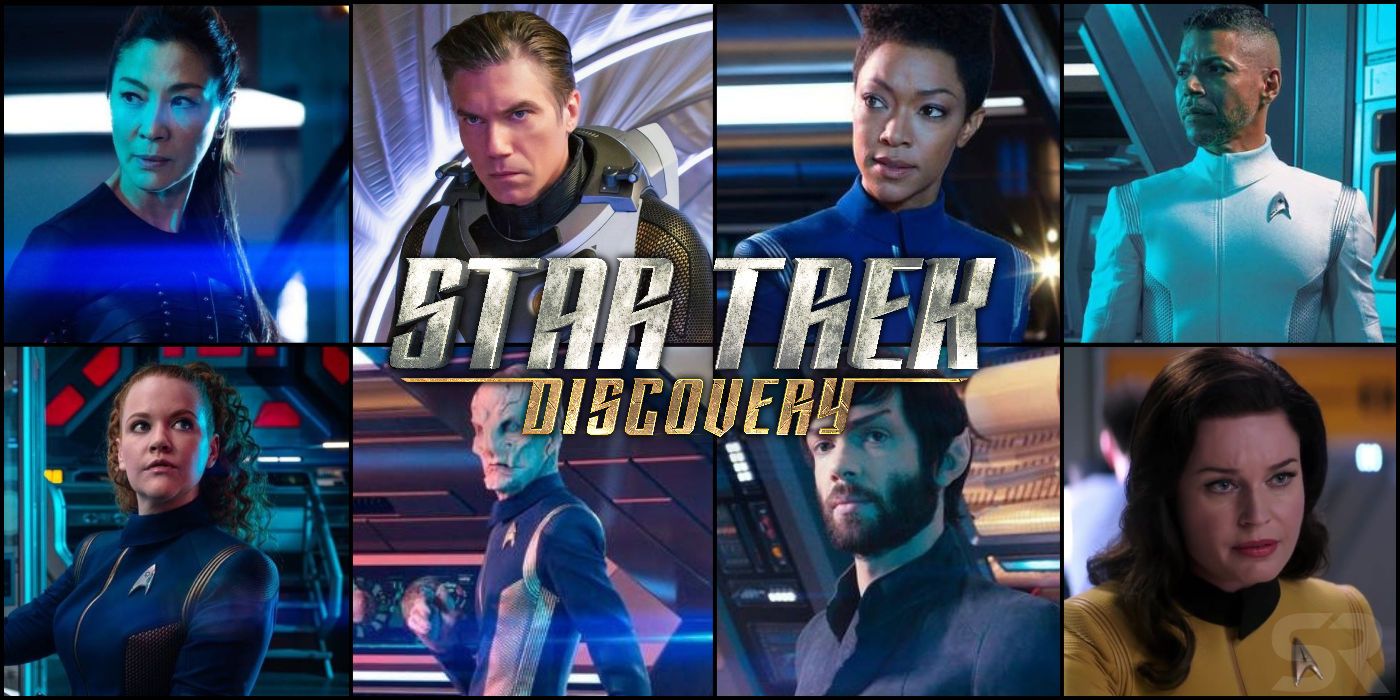 I am such a total nerd about Trek and the Trekking Universe.... it drives someone crazy and he runs when it's on the old tube, but I do love me some Trek.  I think my favourite incarnation would have to be Star Trek Voyager, I know lots of fans think it's the weakest of the lot but I enjoy Janeway and the crew!!  I think it might be the actress Kate Mulgrew who brings her to life I enjoy so much because she is super as "Big Red" in Orange is the New Black.... but back to Discovery.

So, there you go sports fans, thanks for stopping by do stop again!

Gentle Friends, I'm slowly moving along the bottom part of the sampler from R to L.... here's a shot... 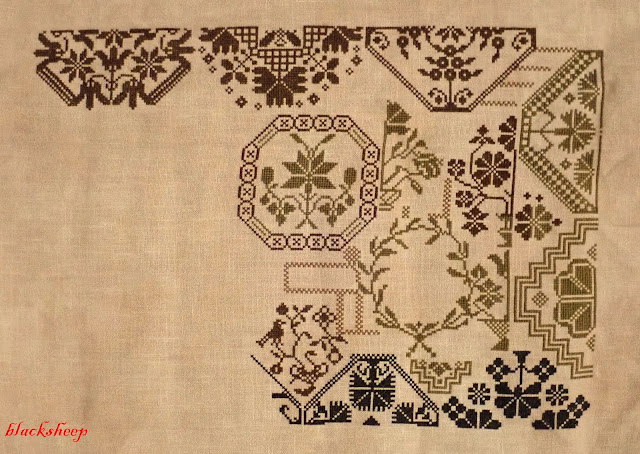 ... thus far it's been a pretty easy stitch, and so long as I pay attention as I stitch the mis-stitches are few and far between...!!  This is an antique sampler and it was charted as it was originally stitched in the 18th century.  This "original " charting includes quite a few mis-stitches and wonky bits.  I have, as I stitch along fixed a few of them, so long as they don't shift other motifs or create problems down the road.  Mostly I've just evened up some of the problems that would drive me crazy, like missing or badly placed stitches.  I think I've come up with a plan for the inclusion of initials.... some that are meaningful to me and some that are just filler....  there are so many in this piece!!
____________________
There you go sports fans!!  Thanks for stopping by do stop again!

Gentle Friends, so another weekend wooshed by once again and as I sit here on a cold (45 degrees outside) Monday morning I think back and say... lordy, that long nap yesterday would be nice to repeat just about now!!!  On TCM they had a really good line up of musicals so after I got home from the 8am Mass I ran the Who Hounds out for potty then flipped on on the tube, sat down with a big cup of coffee... then wrapped up in a quilt and promptly fell asleep.  Rico was down in the Valley visiting his mom this weekend so the house was quiet, except for the TV.  I had planned to stitch all day, but the best-laid plans of mice and men often go awry... you know...so here's a shot where I left off on my stitchin'... 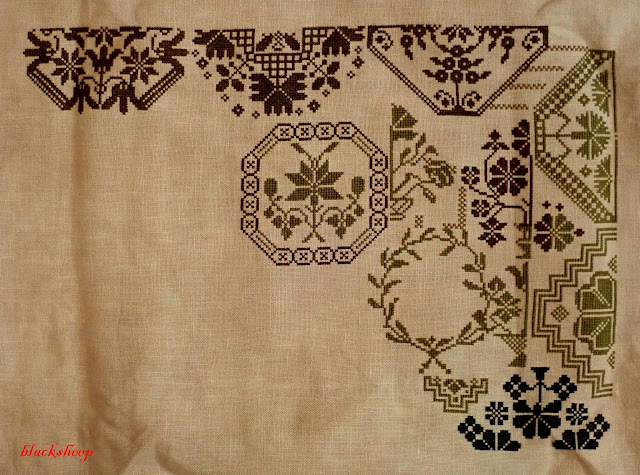 That's about it for today sports fans.  Thanks for stopping by do stop again!!...

Gentle Friends, just a fly by post to wish you all...

Gentle Friends, still working away on the Quaker and here's a snaperoo... 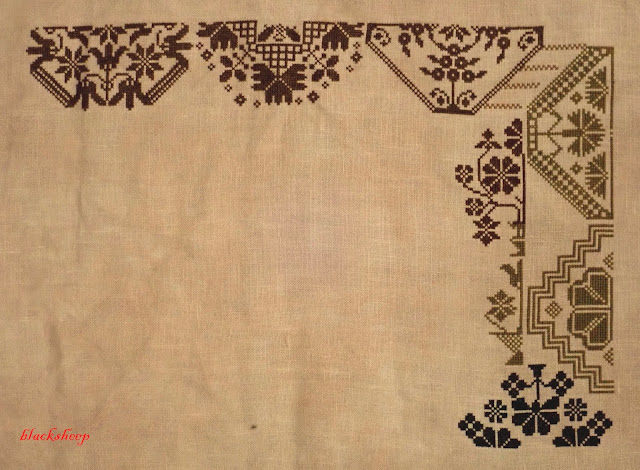 That's about it for today sports fans thanks for stopping by do stop again!

Gentle Friends, just a quick post to wish you all a happy New Year!!! 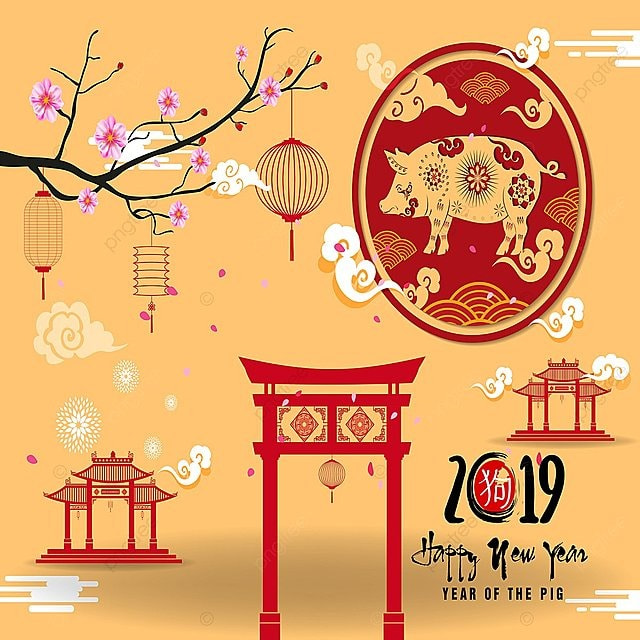 Today is the Chinese traditional Lunar New Year or Spring Festival.  You can read all about it HERE.  2019 is the year of the Boar so to you all...

This New Year, my prosperity and peace never abandon your home and hearth!!

Gentle Friends, it was a windy and raining weekend.  After a little running around I settled into a stitching couple of days...here's the progress... 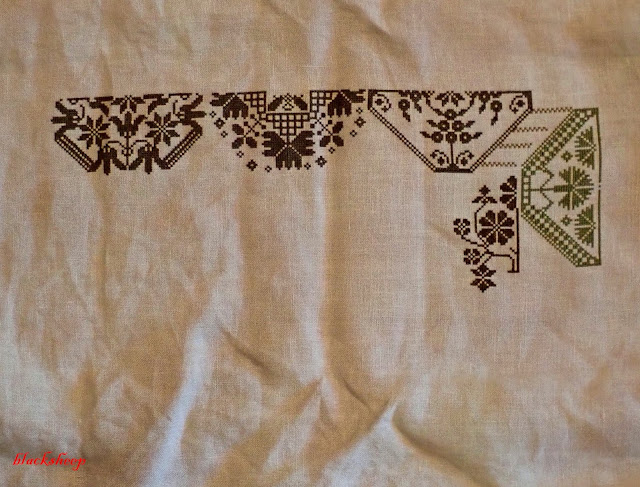 Gentle Friends, just taking a break from the Blog for a while.   I'll be back...  look at the cute Chi in the meantime... Good Thoughts... 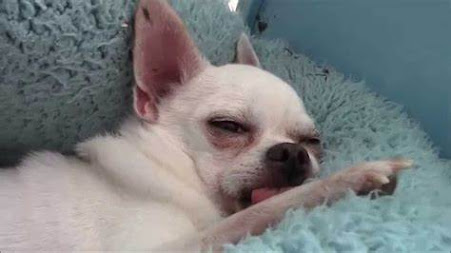