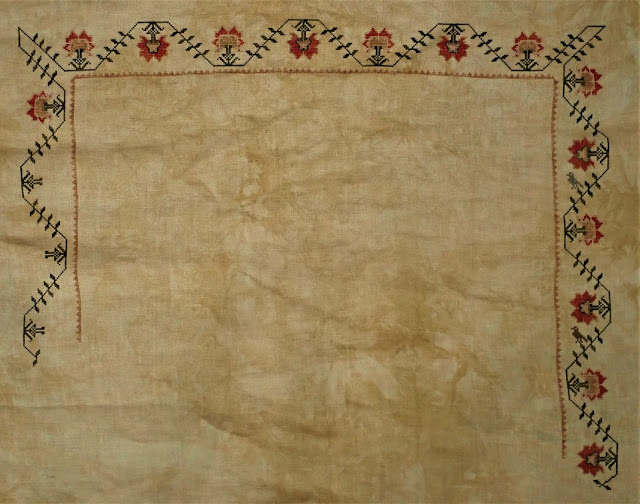 That's about it for today sports fans. Thanks for stopping by do stop again.  Stay Safe!

Gentle Friends,  stitching away on Little Birds and have finished up most of the right side vine... 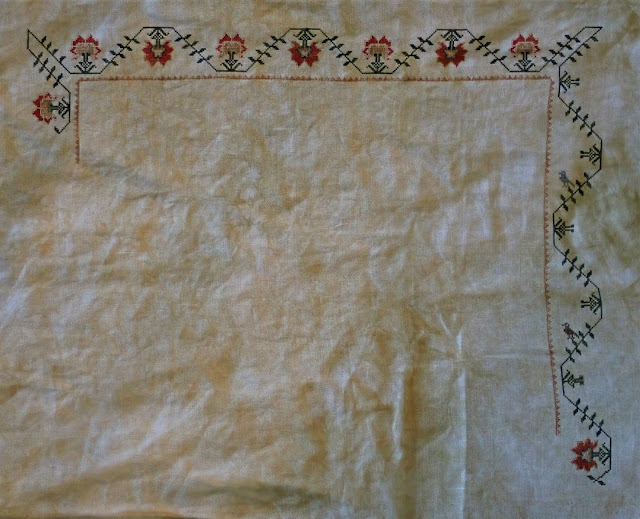 where I left off there is some twisty vine at the bottom that turns left to go across the bottom, but I'm leaving it off until I get the left side and then along the bottom as I usually meet up borders in the lower right...as I usually begin in the upper left...from habit, just crazy...who knows...a little of both!!

It's a very smoky morning here by the Bay and until the breeze kicks up later today to blow it further east to be replaced by the usual fog we'll have smoke.
_________________

There you go sports fans, not too much going on other than that.  Stay safe!

Gentle Friends, yesterday the mail came, an event around here as over the past couple of weeks it's been hit or miss at best.... mostly miss as we went three days with no mail delivery....back on track ... and brought something fun that I wasn't expecting... 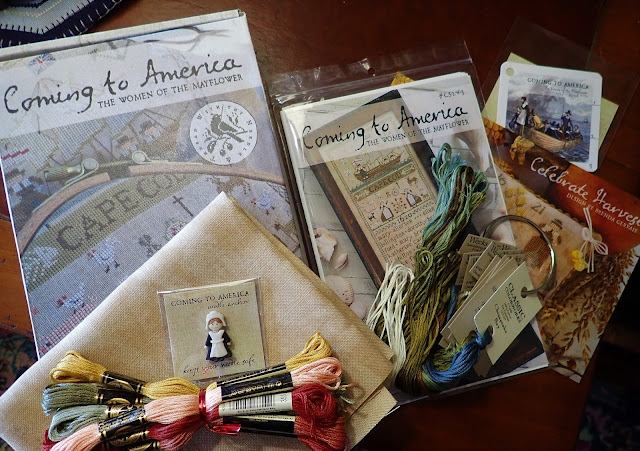 ... the box for a new project celebrating the 400th Anniversary of the landing of the Mayflower.  Or more specifically the Women of the mayflower.  The SAL is to start on September 6th and now I've got my 40ct linen my floss and needle.  In the box of goodies was a really cute little Pilgrim lady needle anchor, and an additional 1621 Thanksgiving project some good info from William Bradford. This is going to be just a really fun piece to work on this Fall!!  Thank you so much, Brenda!!!!!

I got very excited when I first read about this project back a few months ago.  As I can trace on my Mothers side back to two of the women on the Mayflower. Mary Brewster (Here's a little tidbit about Mary... she was one of only five adult women to survive that first winter in the New World, and one of only four to survive the "first Thanksgiving" in 1621, which she helped to cook) and her daughter Fear Brewster Allerton, second wife of Issac Brewster, they married in 1627, his first wife, Mary Norris Allerton, dying that first winter in February of 1621.   It'll be so nice to stitch up something that's kinda personal to my family.
____________________

There you go sports fans, thanks for stopping by... the smoke here in the City from all the fires around us both north into Marin County and south towards Monterey are a bit less today.  Stay Safe!

Gentle Friends, it's been a couple of hot days here by the Bay, hovering in the mid '90s and we had the fans a-going all day and through the night.  No air-conditioning dontcha know!  Now it's Sunday afternoon and we've had thunder and lighting through the late night and all morning, with the rain coming in waves.  It's nice to have a break in the heat and even nicer to get some rain.  Usually, we don't get any rainy anything until around Thanksgiving.  Oh well, even with losing the electricity for a couple of hours last night I got some stitching done on Little Birds over the past few days...
here's a snaperoo..

.... here comes some more rain so before we loose the electric again (and I just know we will!) I'll sign off.  Hope your weekend is going well, thanks for stopping by do stop again.  Stay Safe!! 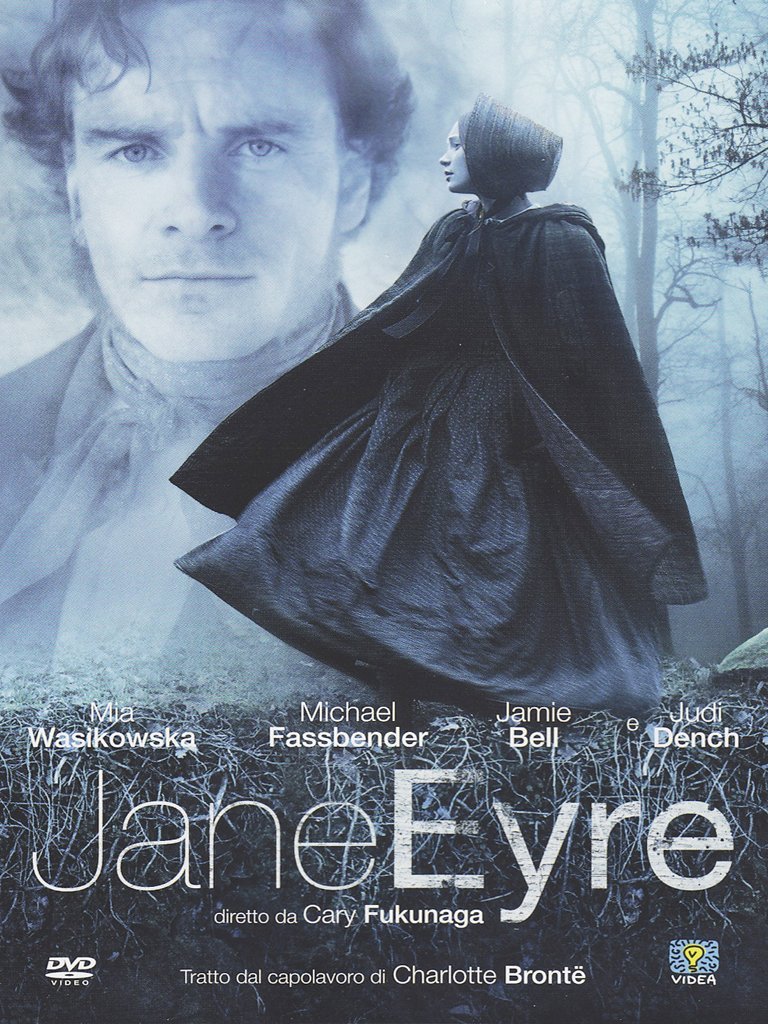 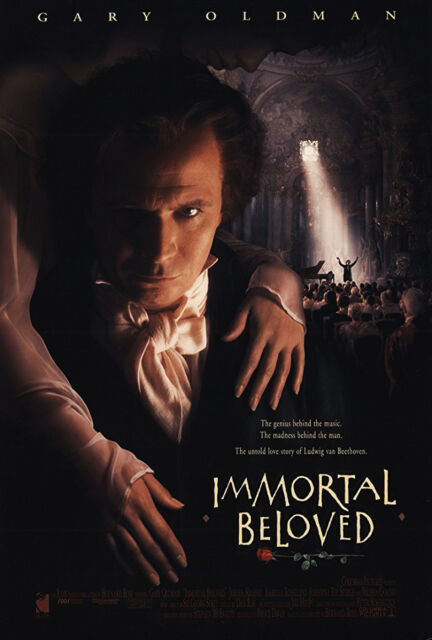 Gentle Friends,  today would have been my Dad's 89th birthday...
and a couple of snaperoos from long ago... 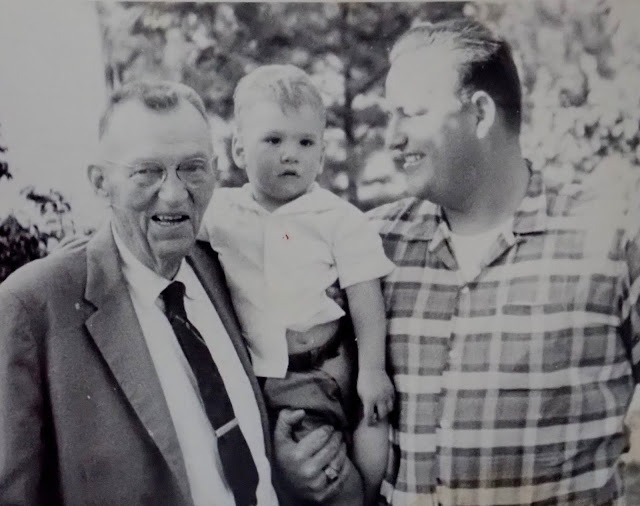 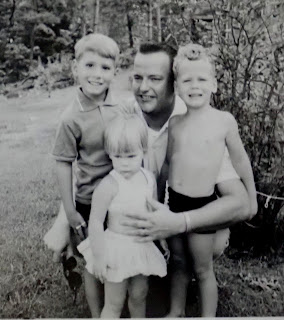 Gentle Friends,  stitching away on the border... 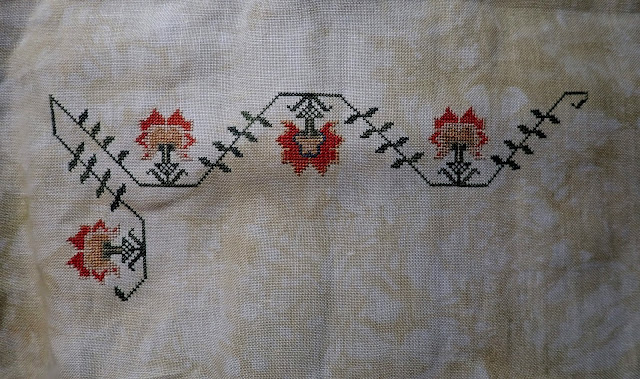 Thanks for stopping by.  Stay Safe!

Gentle Friends, although we never see snow here by the Bay, I do love snow!!  We have been having our regular Summer weather where the temps stay in the upper 50's and tons of fog.... gotta love that!!  So here is a lovely woodblock image, Snow Drum Bridge by Hiroshige... 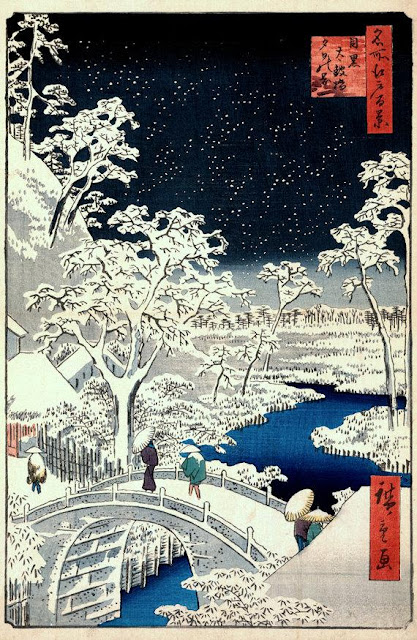