The Lovely City of Vannes

Gentle Friends yesterday we were on the North side of the Breton Peninsular and today we are on the South side in Vannes.  Here's a bit o'info from Wikipedia....."Vannes is located on the Gulf of Morbihan at the mouth of two rivers, the Marle and the Vincin. It is around 100 kilometres (62 miles) northwest of Nantes and 450 km (280 mi) south west of Paris. Vannes is a market town and often linked with the sea.  The name Vannes comes from the Veneti, a seafaring Celtic people who lived in the south-western part of Armorica in Gaul before the Roman invasions.

After we found parking, again in a parking garage underground, you gotta hand it to the French they have some super parking garages, we headed into the City.  Here is a shot of the pristine Harbour..... 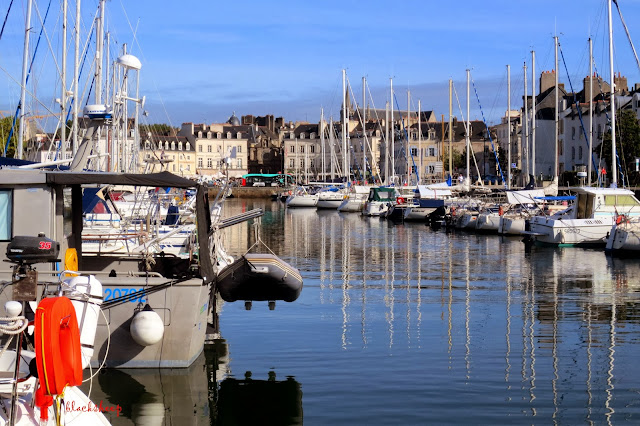 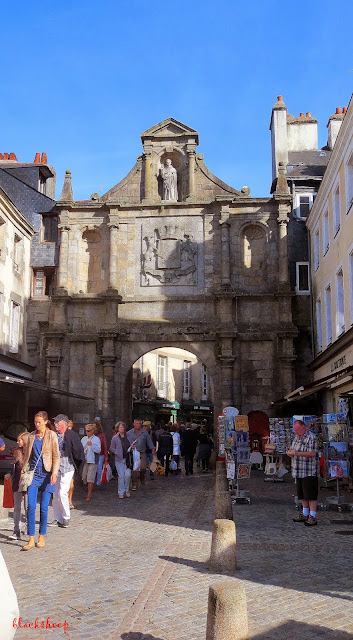 It was market day and was the city square packed with stalls and shoppers. 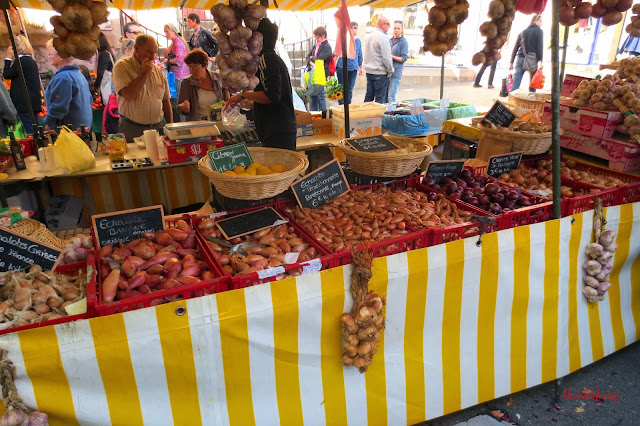 How gorgeous are these onions!!! 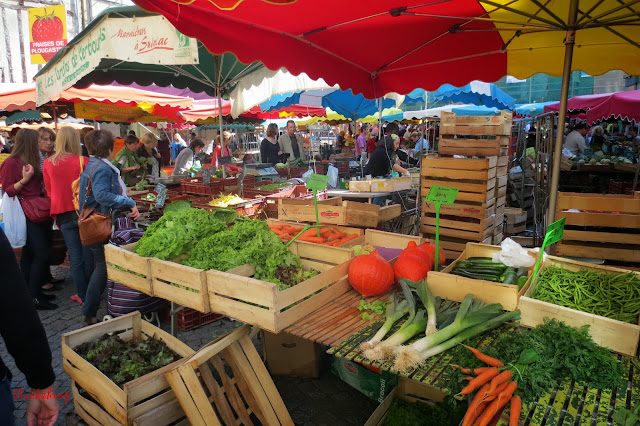 There was a whole area of "flea market" stuff, basically the tube sock stuff... I avoided that part!! 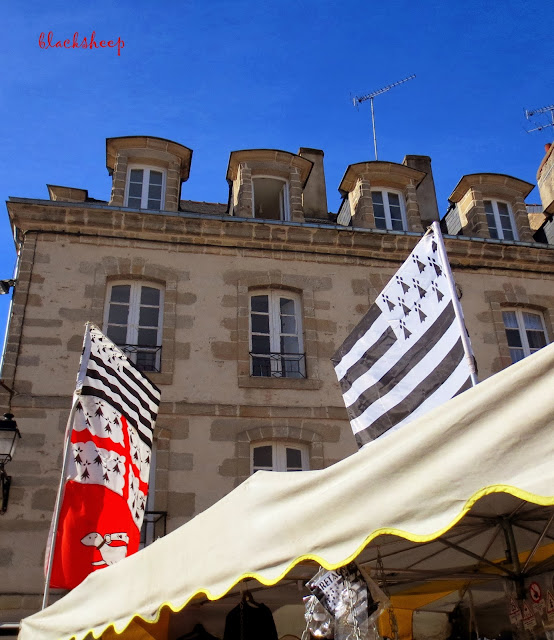 There was also a guy with a flag booth...... here are the flags of both Vannes (Lower L) and Brittany (R).  The flag of Vannes can be described as......."the flag of Vannes is a banner of the municipal arms (Gules, an ermine passant argent with a scarf ermine). Therefore, the flag has a red field with a white ermine with a white scarf charged with black ermine spots." and the Flag of Brittany (we saw them everywhere we went!!) can be described as....... "Nine horizontal stripes alternating black and white with an ermine canton"  it was adopted in 1923.

Vannes is a charming city with lots of great old buildings... 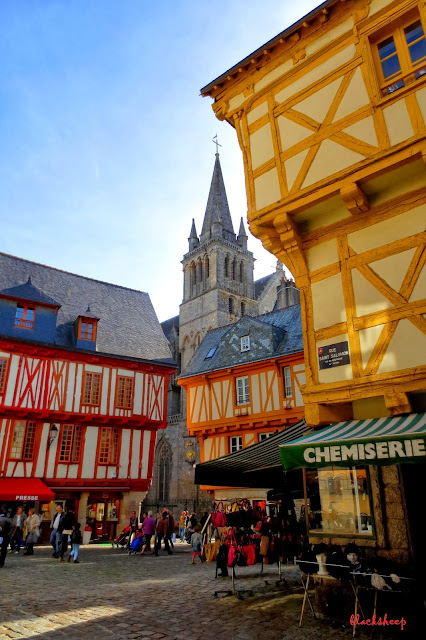 This I took while walking around, looking towards the Cathedral.... 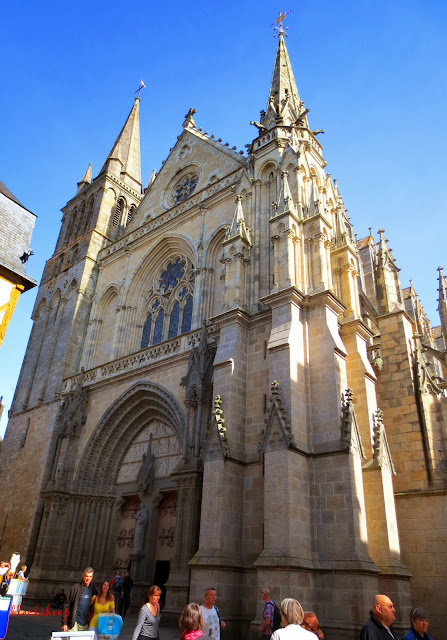 St Peter's Cathedral, Vannes... a little history from Wikipedia..."The first building was erected around 1020 in Romanesque style. Built out of granite and continuously modified by adding new structures through the centuries, the cathedral is an extremely composite building. The rebuilding in Gothic style dates mainly from the 15th and 16th centuries. In this period the nave and the ornate gateway at the northern end of the north transept – whose twelve niches, according to Breton custom, were supposed to accommodate the Apostles – were built high. The northern tower is the main remnant of the former Romanesque building, while the vaults and the choir were built between 1771 and 1774. 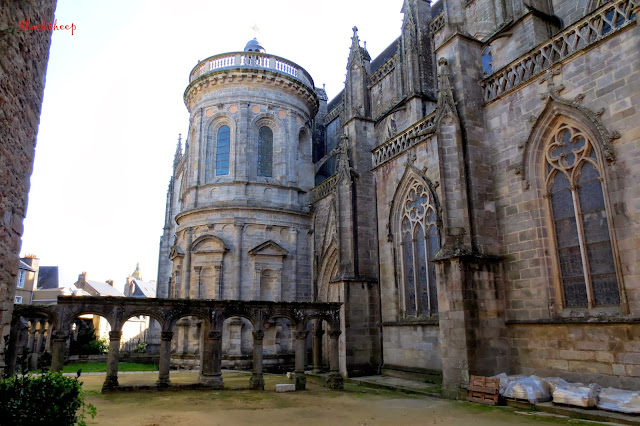 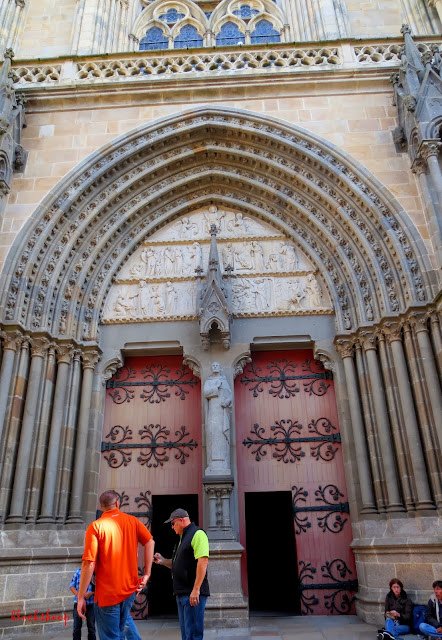 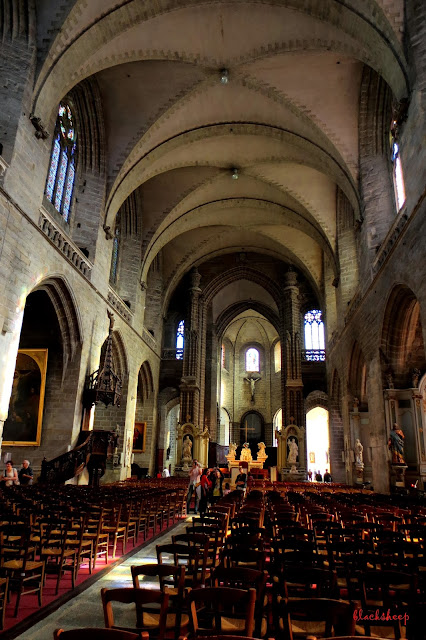 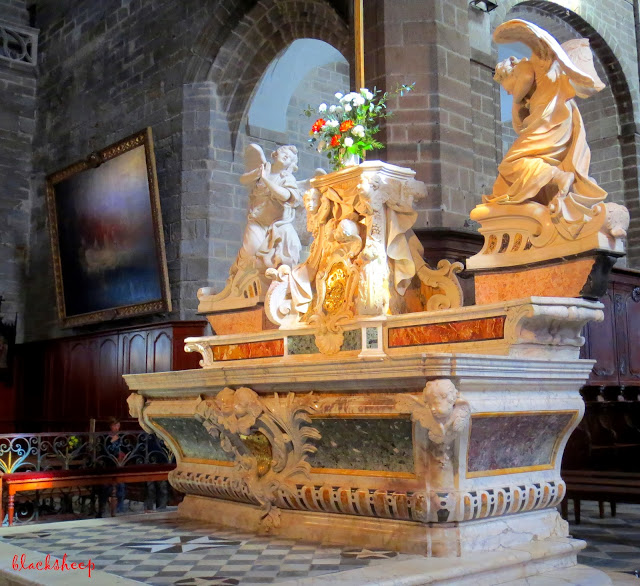 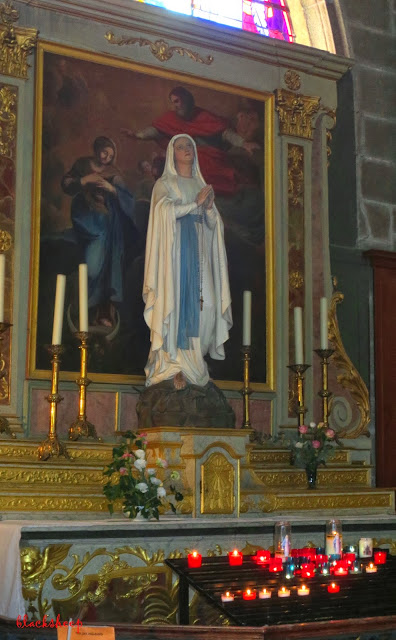 Saint Anne's chapel with her statue...  some info...."St. Anne's Chapel  - Saint Anne is the patron saint of Brittany. Here, as in Nantes Cathedral, she enjoys special attention, especially with her statue. 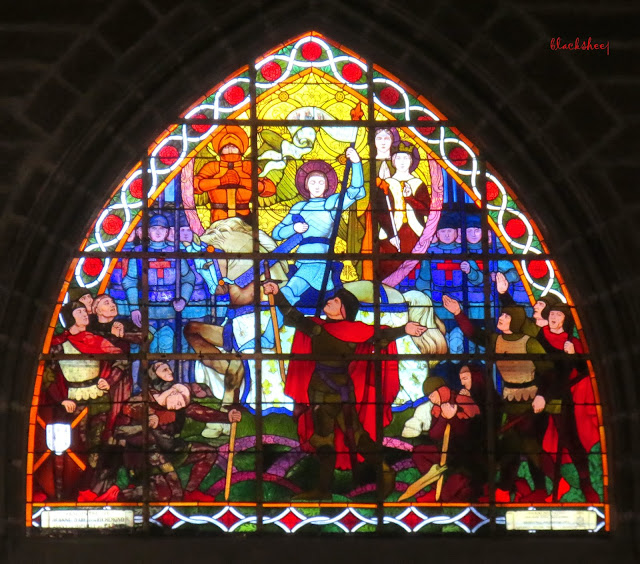 After walking around the Cathedral we headed out into the city and here are some snaps.... 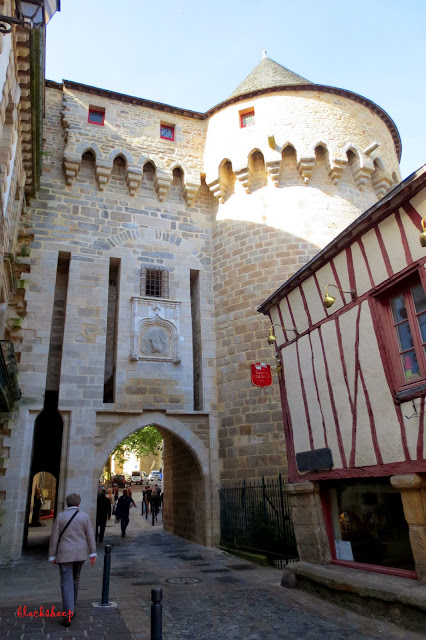 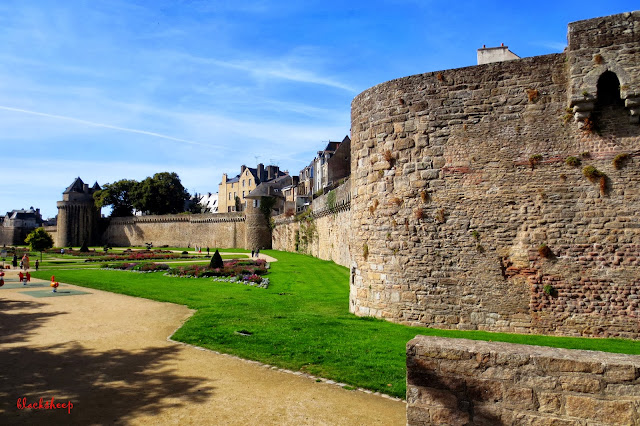 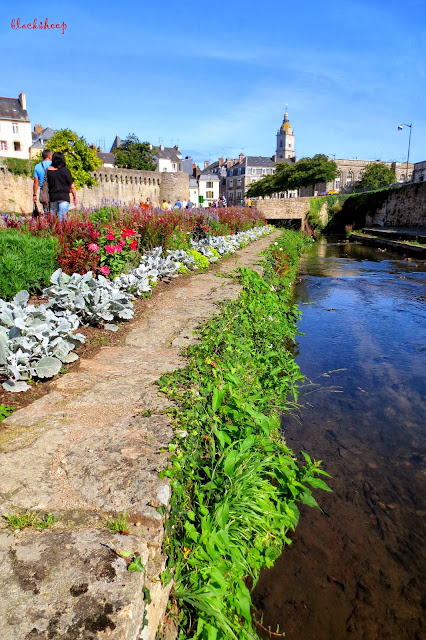 Running along outside what is left of the old City walls and ramparts is a great long park/playground and a waterway/shall canal leading down to.... 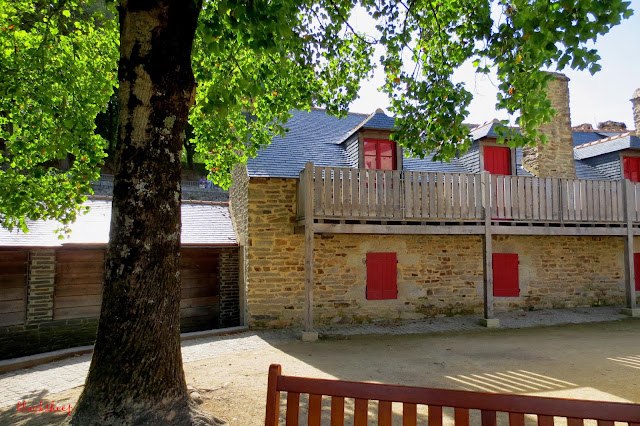 The old washing area, or Vieux Lavoirs.  Our walk continued along past.... 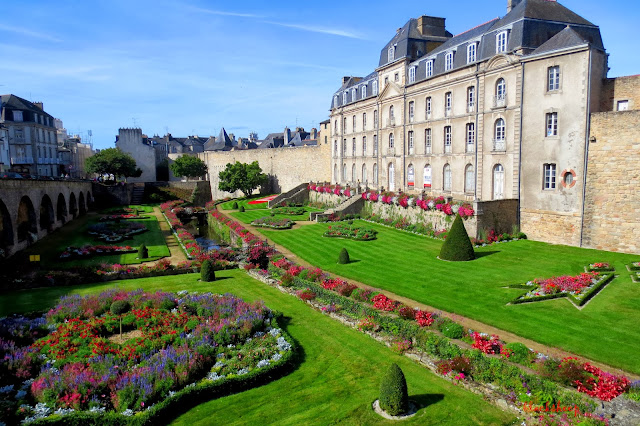 The Château de l'Hermine .... a little Wikipedia info...."The Chateau was the ancient residence of Dukes of Brittany and built into the walls and ramparts of the City, between the14th century and the 16th century and fell into disuse and was use for building materials. During the 18th century the current Chateau was built on the ruins of that ancient fortress. Although the real name was the Hotel Lagorce, it is known as the Castle of the Ermine, the memory of the ancient fortress of the Dukes that once stood here is still firmly rooted in the memory of Vannes.

That about wraps it up for today.  Thanks for stopping by, do stop again!!