Gentle Friends I am really happy to be back , and did miss my Blog and all my Buddies.....  but it was a super break from reality.  There was not much time to rest as we were really busy and going, going going the whole time I was in Brittany.  Then when I got to Paris I hit the ground running.  Today and Tomorrow I talk about some stitching stuff...

Starting off with some Paris stitching - I took with me three projects and those i talk about tomorrow, today I'll talk about my visit to "Des Fils et une Aiguille"  (loosely translates to "Yarn and Needle.")  It isa super shop right on the rue Chabanias which is a small street off the rue de Richelieu.  The first time I set off trying to find it I got turned around in the Metro Station and once I made it to street level I ended up walking in a big circle around the Opera until it finally started to sprinkle a bit and I stopped into a small store and asked directions.  When I stopped and asked -  I was about 200 feet and two left turns of getting there.  It was really easy to find once I figured out where I went wrong..... 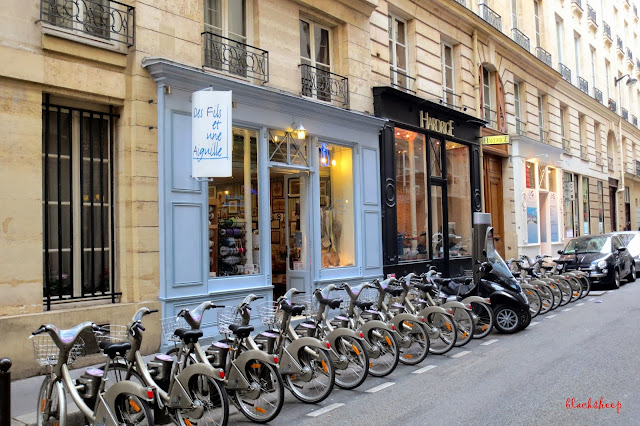 Once you turn the corner onto rue Chabanais you can see it easily as it is a pale blue/grey colour.
The entire shop is just packed with great stuff!!! 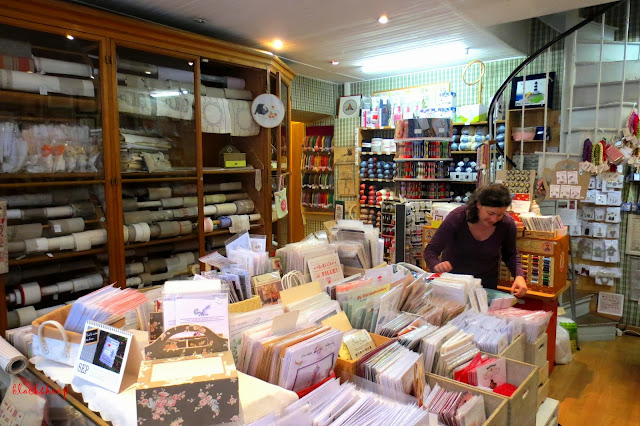 ...  Here is Elodie, the shop owner,  cutting me a piece of linen.  I actually had a mission on going to the shop and not just to ogle the goodies.  A while back I bought a French chart of the Alphabet using Aesop's fables and had never gotten a piece of blueish linen to use - so I though it might be a good idea to get a hunk of linen while in Paris... she is really helpful and there is so much to see and peruse..... 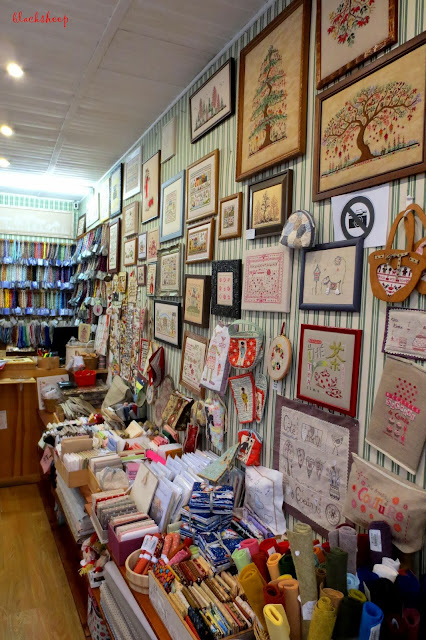 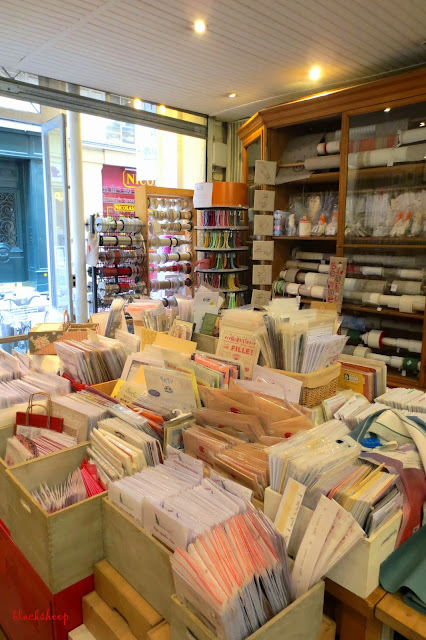 .....  and I couldn't leave with just a piece of linen (it really is on the blue side and not so very dark as the snap)....  I picked up a great chart called "Christmas" by Renato Parolin and Italian designer.  I had never seen this before and there was a super finish of it hanging in the shop.  I also picked up the 4 Mouton de Saisons by Tra La La,  I had seen them a while back on another Blog and just had to have them.  I also picked up an older chart from Paulette "Plum Street Samplers."  I found lots of OOP and HTF charts in the bins and could have made a killing on the Bay of evil, but just left them for others to find. 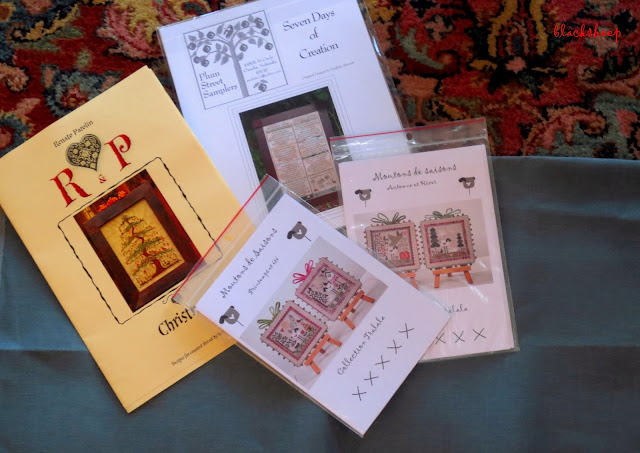 Before I left I took part in the ABC Exchange over at the HOE and while I was away mine was delivered and so I had a great treat to return to....  My partner was Erin over at "Fairy Tales and French Knots."  I actually had quite a few packages ( I like to shop online) awaiting my return to work so I waited until I got home to open them all.  Here's a snap of what Erin made and sent... 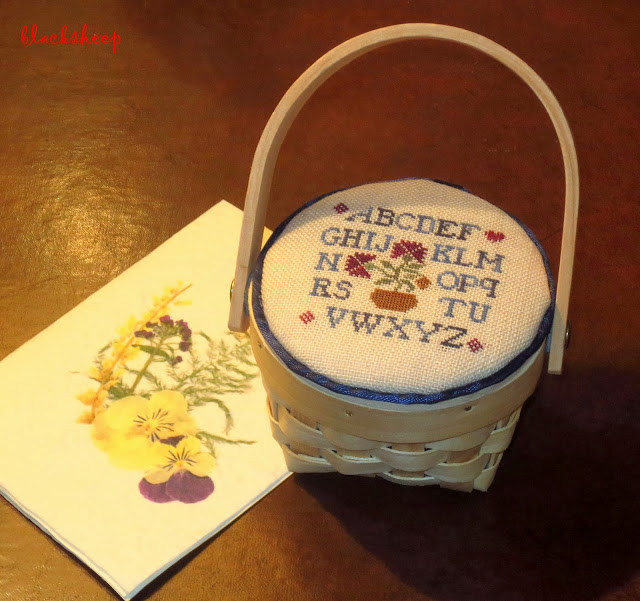 ... a lovely little miniature basket - the alphabet is from With my Needle's "Eliza's Pyn Pillow" stitched over 1 and 28ct natural linen using some over dyed floss. and finished as a basket topper -  the inside is finished with a little wee cushion.  It is a super piece and I do thank you so much Erin!!!!

That's about it for today sports fans.  Thanks for stopping by do stop again!!