RAK'd and an Estate Sale

Gentle Friends the other day the mail brought a lovely RAK from Grace over at Needles Pins and Dragonflies.  We exchanged- emails about chocolate and jelly and she sent me.... 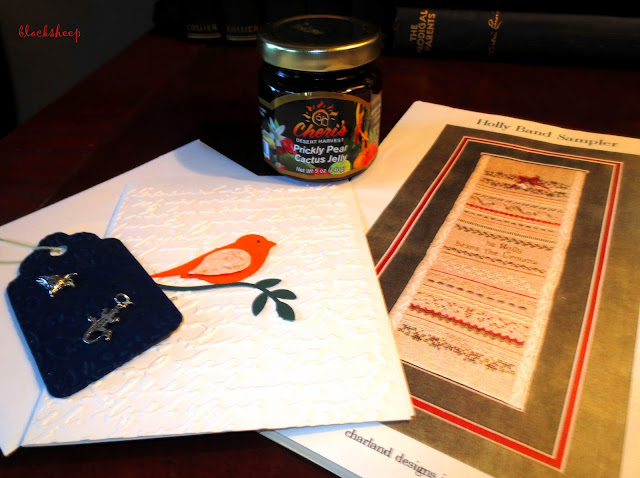 ..... some Prickly Pear Cactus Jelly, "Holly Band" kit from Charland Designs and some great charms.  Now I have an excuse to make some biscuits this weekend with this treat!!   The "Holly Band" piece will be a challenge as it incorporates many stitches I have never tried!  Thanks so much Grace!!!
____________

Last weekend we made the rounds to the different shops and as I said  before it was a total bust - as it can be - with there being next to nothing I wanted/needed/or could rationalize buying.  But there was an Estate Sale that was really super - tons of stuff and I found a little pile of things to add to my heap of things..... 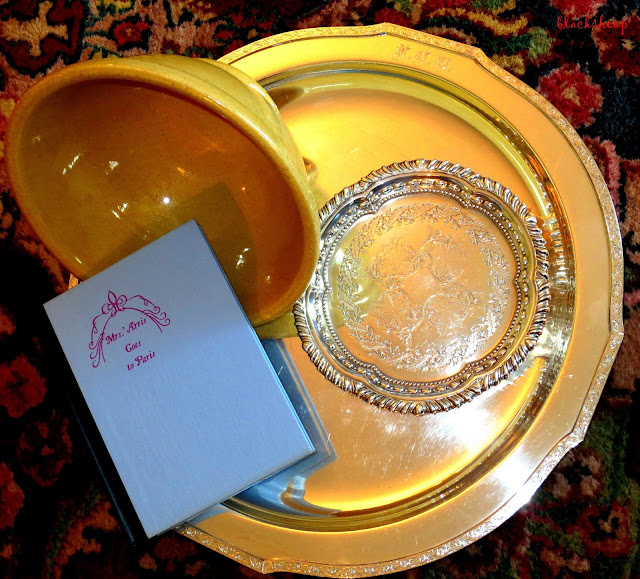 ... from l to r.... I can barely resist ( alright I can never resist) yellow ware and this bowl was in a stack of them - I eliminated the others as they were either cracked or chipped and this one was perfect, the large silver tray was in a pile of silver and although I could have swooped in on all of it I decided to pick out the piece I really liked, and this beautifully engraved tray was perfect, and the little silver piece... 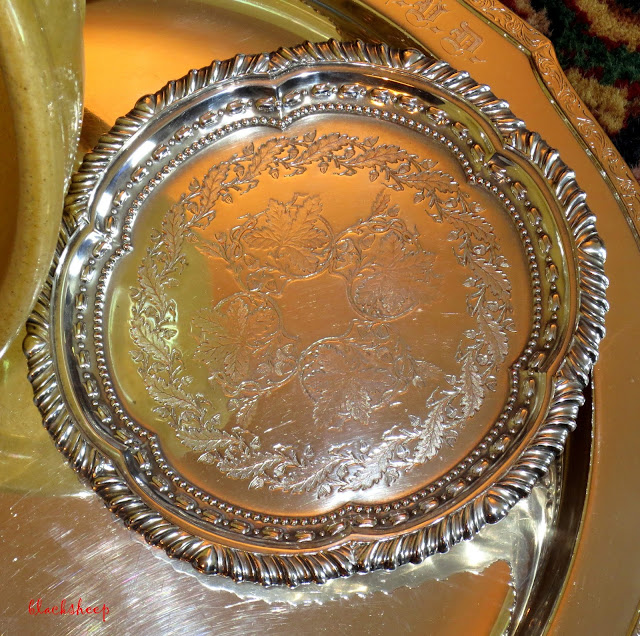 ... is a really, heavy, old Victorian card tray with very little bleed ( were the silver has worn through) due to the fact that good 19th century silver plate is thick and beautiful... and how could I pass on this since it is covered in lovely foliage decoration....  and the book  "Mrs. 'Arris Goes to Paris" was just dumb luck.  I remember the TV movie back in 1992 of the same name but did not know that was an adaption of this book, so when I saw the book I snapped it up also.  It was a really good Sale and I love the things I found.
_________

There you go sports fans, thanks for stopping by do stop again!!