Gentle Readers and Dear Friends thank you so much for all the kind Comments and e-mails about yesterdays post.  Like little doses of encouragement!!!  I worked more on ATS, finishing up the second Peacock... and will wrap up the "Peacock Band" tonight.... then it's on to the 'Cherry Bark" alphabet.  I will probably only work on ATS the next couple of nights as I have two Exchanges coming up soonish that need some attention.

I found the recipe for the Donut Muffins and find that I got it from that wonderful Blog "Mennonite Girls Can Cook"....  you can click HERE to get directly to the recipe.  The only changes I made to the recipe, and you knew there would be at least one, is that I added some nutmeg to both the batter and to the cinnamon/sugar that the muffins are rolled in.  I didn't measure but just took my nutmeg and grated and grated some into both.  I really love the smell and taste of nutmeg and will add it to just about everything I bake. 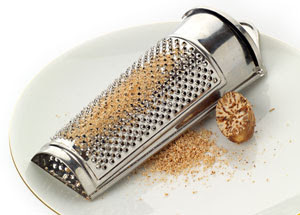 I have seen quite a few movies lately....  one film I saw twice over the weekend was "Contagion" This is not my usual type of film, but it seemed to be on every HBO channel we get, and by accident while flipping channels I caught the last 15mins of it, then I had to go and watch it on demand.... Just to make sure I caught all the info I watched it through again later on.  A very disturbing thriller/disaster film  - I thought it was well acted by the ensemble cast and had a disturbingly real "feel" about the way the story evolved and played out.  If you have issues with germs and cleanliness this might not be a good film to watch.  It's a 106 minutes long and the time seems to fly by way too fast!!
____________

There you go sports fans - thanks again for stopping by, do stop again!!