Gentle Friends, so I made a little start on... 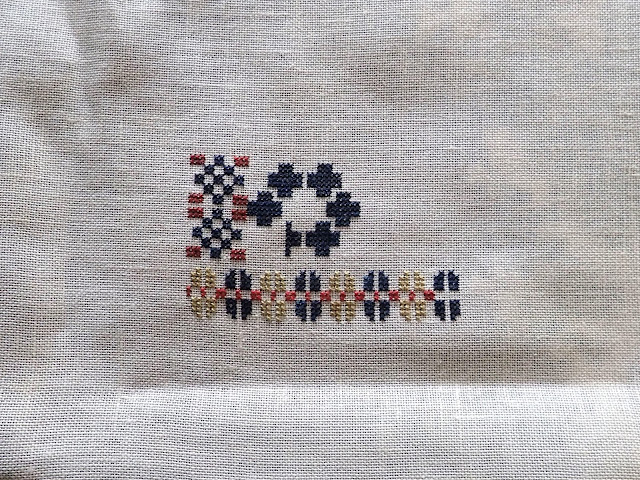 ..."Coverlet Candle Mat" from Scarlett House.  It was from a club I was in called Colonial Gatherings back in 2014.  It came as a kit and I had just stuck the whole thing away.  Digging around recently it surfaced and started it up.  It came with everything but the linen that was included was not to my liking so I frogged all I had done and found a piece in my stash that I like better. The picture is not good as the linen I'm working on is a warmer beige than it looks.

We made a quick run to Target in South SF this morning when it opened at 7 to pick up some paper towels... none to be had in the City... and then ran through the drive-through at Carls Jr for some breakfast.  Now we're hunkering down inside for the rest of the day to watch some films on TCM.
________________________

Thanks for stopping by do stop again!!  Stay Safe!