Is that a Zebu in your Pocket?

GR&DF your kind words made my morning - it is still storming away with blustery winds and pouring down rain!! I think it is here to stay for the next few days. We have had such dry winters for the past many years that a nice wet one is a very good change!! Carol asked about what a Zebu was and I was very curious also as I stitched him up. A Zebu is a southeast Asian kind of water buffalo - for more info click HERE. A couple of Zebu's pulling a plow 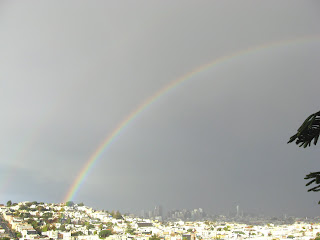 This one was very large and spanned the entire city.

Last night I stitched some on my upcoming exchange and then moved on to Alphablocks,
here it was before getting rolled up for the evening - 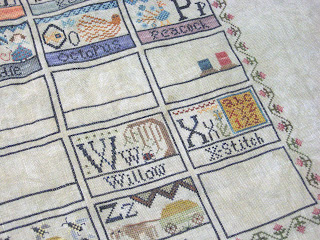 I watched a number of flickers over the past few days. Let me start off with the oldest of them - "Charley's Aunt" - 1941 - starring Jack Benny, Kay Francis and Anne Baxter. This film adaptation of the popular play was a lot of fun. Set at Oxford University in 18090 or so it is a cross dressing, misidentifiction and greedy fun comedy. A very early role for Anne Baxter and a very late role for Kay Francis. It is great to see the ascending and descending stars interact on screen. The next flick would be "Dragonwyck" 1946 - starring Vincent Price and Gene Tierney and supported by Spring Byington, Walter Houston and Anne Revere. This Gothic drama set in the Hudson Valley was a winner!! I so enjoy Gene Tierney and she was wonderful playing against Vincent Price. "Sunset Boulevard" - 1950 - starring Gloria Swanson and William Holden is a favorite flick of mine that I have spoken of before. The last film I saw last night was a Netflix Pic - "I am David" - 2003 - starring Ben Tibber, James Caviezel and Joan Plowright. What a wonderful film even if the plot is a bit implausible you cant help but be moved by the adventure of this child. I am usually not a fan of child actors, but in this case Ben Tibber carries the entire movie on his his very young shoulders. The basic story is a child who for a reason you are not too sure of has grown up imprisoned in a Post WWII "concentration camp" in Communist Bulgaria. He has to escape and needs to make his way to Denmark. You don't know why nor do you know who has helped him with instructions. The big reveal/twist at the end even had mean old me choked up. I would highly recommend this film - at about 90 mins it isn't too long for you to be moved. There is a line of dialogue spoken by Joan Plowright that I really love... "most people are good" - a lesson for us all. All four are very good and very watchable films!!

There you go sports fans.
Thank you for stopping by and for taking the time to leave your super comments!!