Gentle Readers and Dear Friends thanks so much for you super comments about yesterdays post!!  I really enjoyed reading them.

The Marie Antoinette reference is one I really like - and Yes, I am sure that the Chucks were there in the scene as just a little nod to the present - The 2006 "Marie Antoinette" is lots of fun and worth a viewing - one the more interesting aspects is Sophia Coppola's, (the Writer/Director of the film) use of modern music against 18th visuals - ingenious!!  There are of course historical issues here and there and some telescoping of time, but overall a very good effort 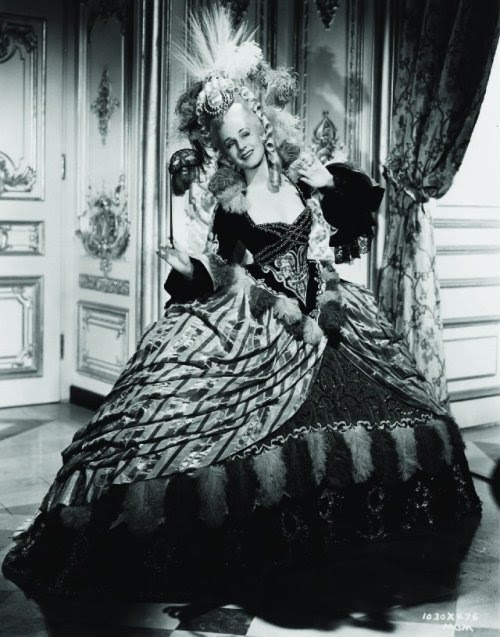 A sumptuous film  - there is lots of over the top acting with some glaring historical mistakes.....  but a really super film from the "Golden Age" - it is a wonderful to see just what could be accomplished by MGM when they set out to make a super Prestige Film.

I would recommend both of these film highly and encourage anyone interested to see them!!
____________

The mail brought me some charts I had been waffling about for about 1/2 a minute..

From left to right...  "And All Was for An Appil."  This is one that I have been wanting for a few years - I have seen quite a few completed versions and every time I do I want it all over again.  It is not something I would typically like, I really do not care for A&E samplers - this would be only the second one in my entire stash, it is a bit on the cartoonish side, also something I do not care foe... but I REALLY like this entire piece, go figure!!  I only ordered the chart not the whole kit from Scarlet Letter - I wanted to choose my own linen and silks.  I spent time pulling the DMC's last night to see what the palette looks like and the colours seem a bit on the dull side in comparison to the snap - which is Soie d' Alger silks....  I am leaning towards silks but not Soie d'Alger.  The second chart is a new one that I had to have - from Paulette over at Plum Street Sampler it is called "Brother's Keeper."  A really wonderful piece that should be a great stitch... and the final chart I won off the Bay of Evil - an OOP Teresa Wentzler caller "Tradewinds."  I saw this and just had to have it - enough said!
_____________

There are storms and wind and rain, oh my!!.... predicted for this weekend again.....  so some serious NB is in my immediate future!!

That's about it for today sports fans, thanks for stopping by, do stop again!