Gentle Friends I have seen quite a few pretty terrific films lately and here are three of them.... in chronological order.... 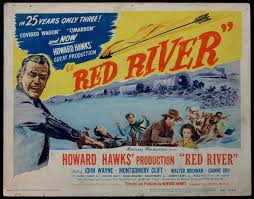 Starring Jon Wayne, Montgomery Clift and Walter Brennen - the story is of the first cattle drive on the Chisholm trail from Texas to Abeline, Kansas.  There are Indian attacks, cattle rustlers, stampedes, dancing girls and the usual western movie tricks, but overall a really fine film with a good story.
___________________ 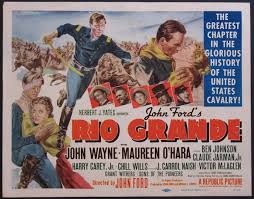 Starring John Wayne and Maureen O'Hara was the third installment in John Ford's "Calvary trilogy" films.  The other two are "Fort Apache" 1948 and "She Wore a Yellow Ribbon" 1949, all three were made at RKO Pictures.  The story for "Rio Grande" appeared first in the Saturday evening post in 1947.  It was shot in Monument Valley. Utah.  The story is basically about marauding Apache Indians on the Texas frontier - there are other complications within the story arc, an overall very good film.
_____________________ 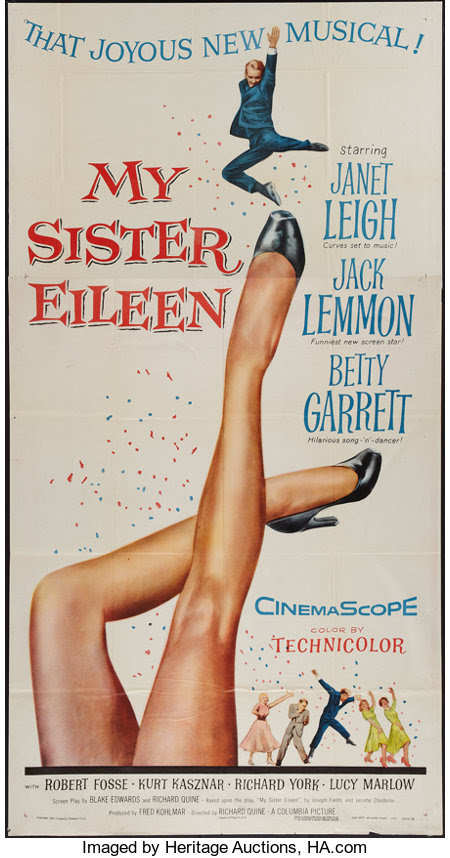 Starring Janet Leigh, Jack Lemmon and Betty Garrett - this is the second film of the same name and story made, the first was filmed and released in 1942 a non musical starring Rosalind Russel, Brian Aherne and Janet Blair.  This musical 1955 version is just as fun with the same basic story of two girls from Ohio coming to New York to make their fortune, one a writer the other wants to be an actress.  The meet lots of New York characters, they live in a run down studio apartment in Greenwich Village and both pursue their careers - the film culminates in a giant musical number with Brazilian Navel Cadets.

All three films are really good and worth a look.

There you go sports fans - thanks for stopping by do stop again!!