Gentle Friends thank you so much for all the kind comments and emails about the photo of my mom in the last Post - the really meant a great deal to me!!
_______________

Over the weekend in addition to my Netflix and other Film distractions I hauled out my "Thin Man" DVD's.  The series features Nick and Nora Charles solving mysterious crimes and murders - they are played most excellently by William Powell and Myrna Loy.  The series consists of 6 films based on characters created by Dashiell Hammett - The first in the series "The Thin Man"  -  actually refers to the victim that Nick Charles is hired to find, but eventually becomes the moniker for the entire series. 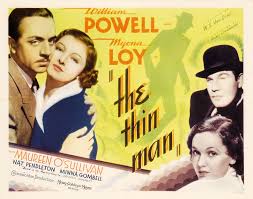 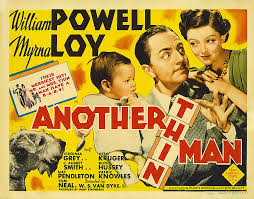 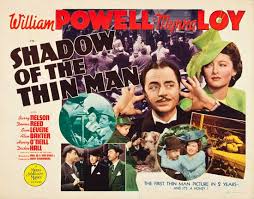 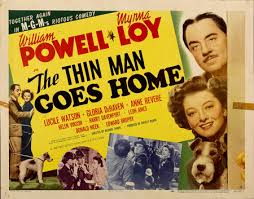 These are really fun films and although some of the gags tend to wear a bit thin towards the end of the series I still enjoy them.  They are all available on DVD.