Gentle Friends I think today I'll post some baking stuff.....  Last week I made a Lemon Pound Cake - I'm a nut for lemon anything - so when i found the recipe on line I knew it would be the cake for the week... 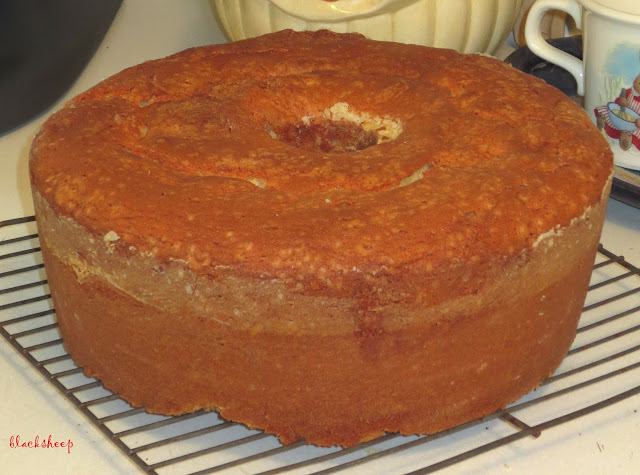 Out of the oven and cooling it turned out beautifully.... 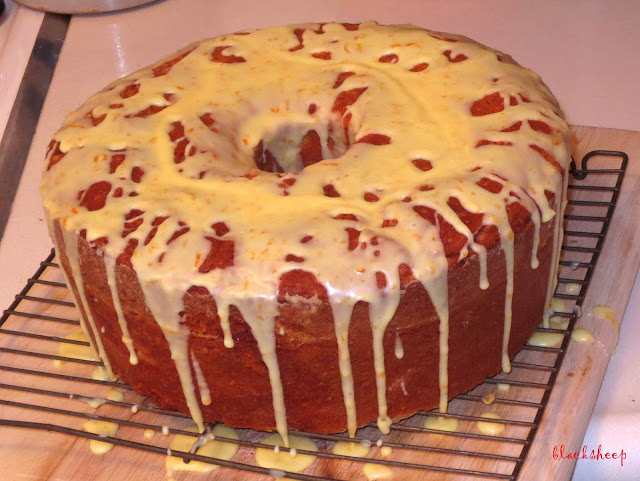 I made a glaze from the lemon zest and icing sugar - it really made the cake pop!! 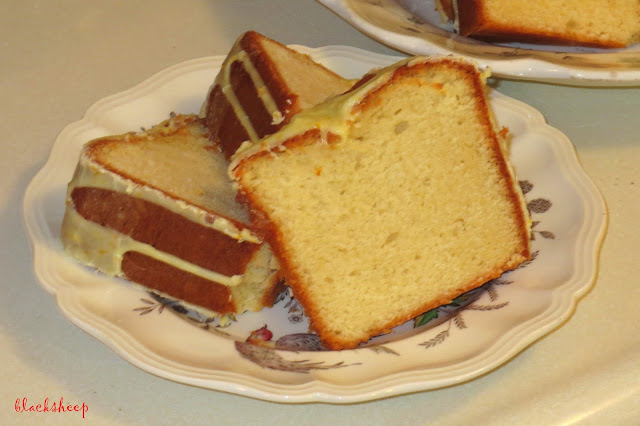 Sliced up and ready for a cup of coffee - this cake had a nice dense crumb, the main reason I really enjoy pound cakes!!

This past weekend I made a really tasty Graham Streusel Coffee Cake that used graham crackers and walnuts for a streusel filling.... Instead of a tube pan this cake was baked in a 9x13 and I decided to make a vanilla drizzly glaze - here it is cut up and after I applied the drizzle. 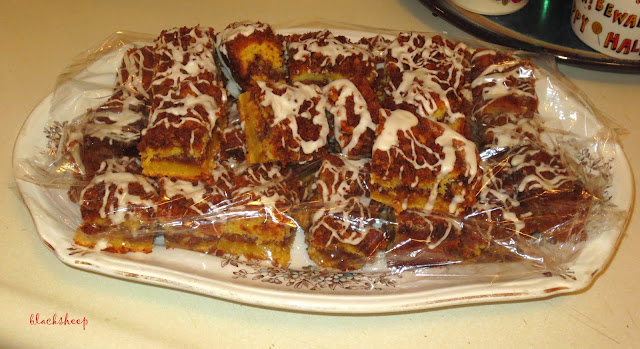 This was a super moist cake so i used some cling film between the layers on the platter.

Last week we picked up some Trader Joe's pizza dough and sauce and made this ... 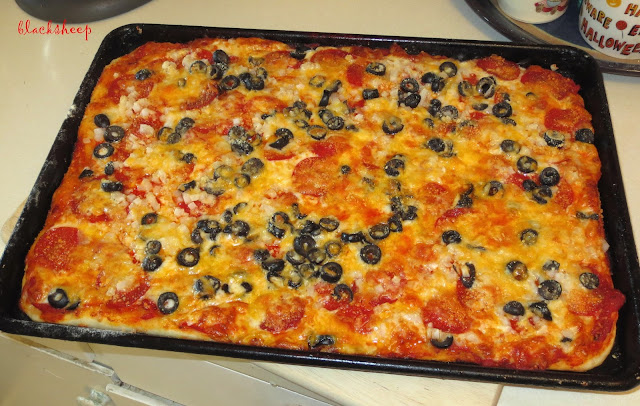 ... the dough was easy to use - and we ended up with three meals - 2 dinners and a lunch!!  We topped it with some onion, olives and pepperoni, and then used a mix of mozzarella/cheddar and pepper jack cheeses-

That's about it for today sports fans - thanks for stopping by - do stop again!!