"There's nothing to see really, we're inside a Chinese dragon. "

Gentle Friends the Post title is a great quote from a really funny film, but first let me talk about how this past weekend were two really lovely days, warm (for SF) and sunny... Saturday we did our usual thrifting around.....  here's some things I picked up.... 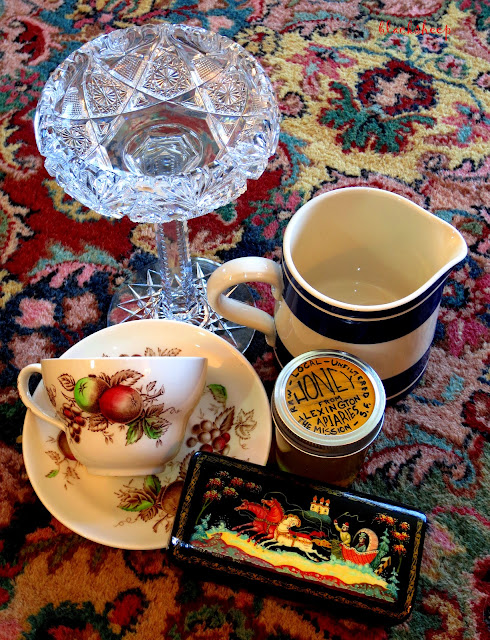 From l to r - a great brilliant cut glass compote, a blue banded TG Green Cornish Dark Blue milk jug, some local honey from a bee keeper in the Mission - he had set up a little stand on the sidewalk  -  it is some tasty unfiltered local honey, a really lovely Russian lacquered box, and an over sized cup and saucer in the "Harvest Time " pattern by Johnson Bothers.
__________

Now for the film reference.... after shopping we didn't want to go home so it was over to find the steps from one of the funniest films ever...  "What's Up Doc" - 1972 starring Barbra Streisand, Ryan O'Neal and Madeline Kahn.

It's a great funny film that takes place in and around the city of San Francisco.  The last part of the film there is a great chase sequence that involves locations all over the city....  here is a clip of the second half of the chase ...  (dubbed in German, I couldn't find it in English)..

...at about the 3 minute spot they going down the steps at Alta Plaza, the movie company did not have permission to do this scene, but it is a great one.  In doing this scene they did some pretty significant damage to the steps and although "fixed" the fix still fall apart....  we made a visit to Alta Plaza...  here are some snaps... 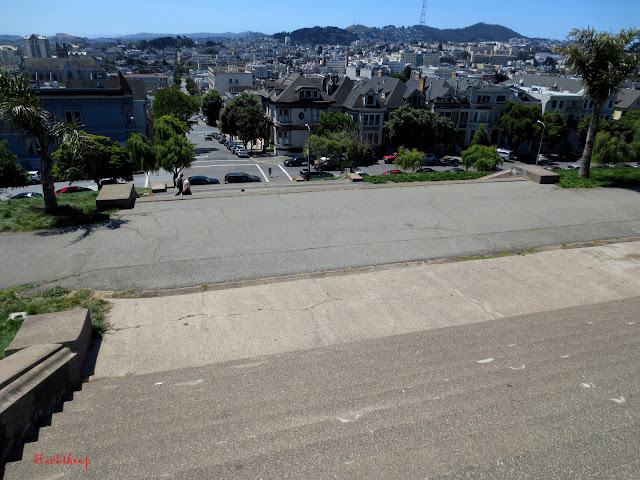 Looking down from the top  - the steps lead down to Pierce Street, Clay Street is the cross street and runs along the Park.... 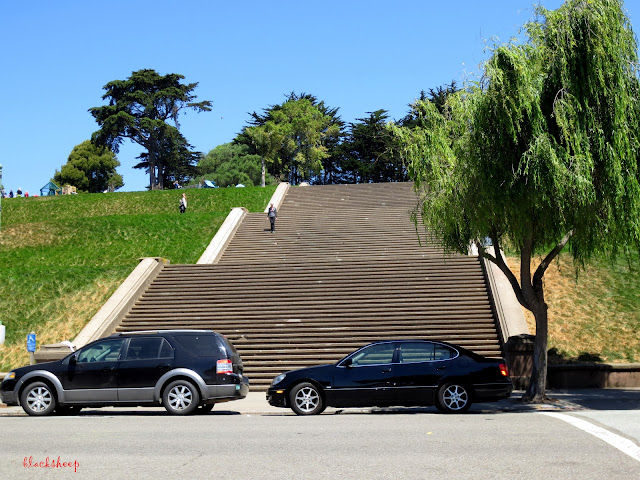 Looking up at the step from the across Clay Street. 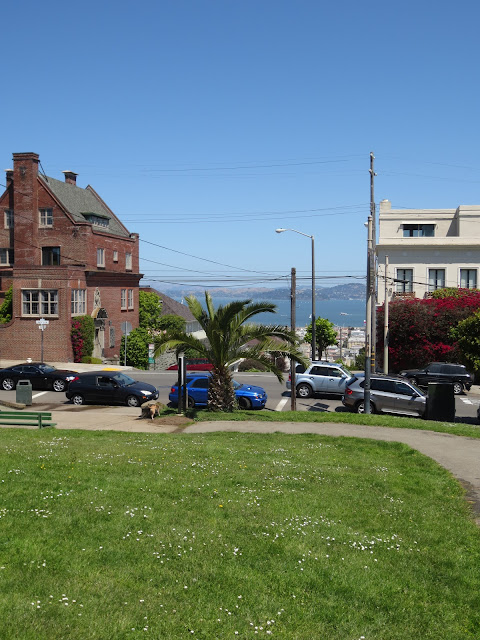 Since Alta Plaza is at the top if Pacific Heights (an affluent area of SF) between the houses and buildings you can see the Bay and across to the Marin Headlands.  The views are really super!! 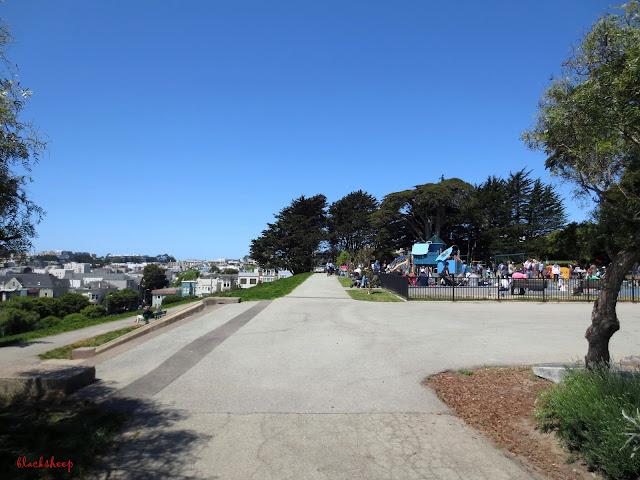 At the top of the Plaza is a great playground that on a sunny Saturday was full of Birthday parties. 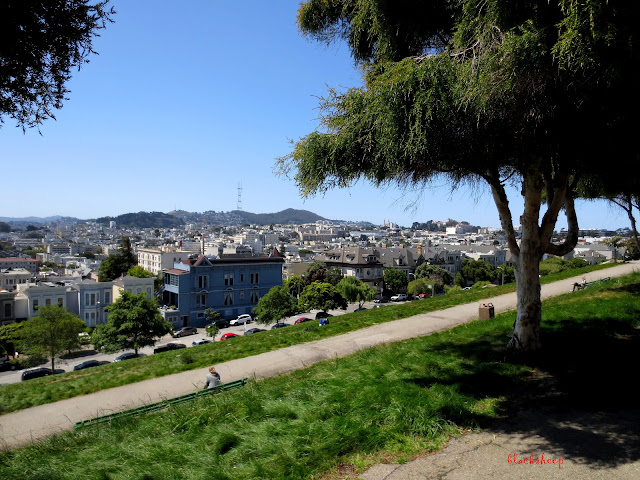 Another shot of the City from the top of the Plaza looking SW, you can see Sutro Tower in the distance.  San Francisco has had so many films shot here, its kind of fun to see how things have changed or not over the years.

That's about it for today sports fans.  Thanks for dropping by do stop again!!