A New Look, some Stitching, Mail and a couple of Flicks

GR&DF as you can see I have switched up the header with a new snapperoo. I borrowed - or blatantly stole - the idea from the lovely snap on Margaret's blog. I thought it was such a super idea - putting little teaser bits of past finishes - thank you so much for the idea!! 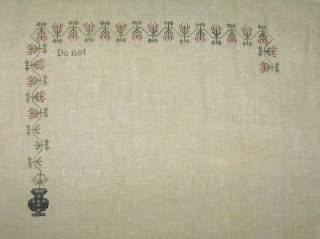 The colours are off and the snap is on the dark side - but like most of the snaps I take of my stitching progress it was almost 11 pm last night and the light was truly sucking!!..... but you get the idea.

On Friday the mails brought a couple of things I had ordered. First up would be a new chart from Heartstring Samplery. 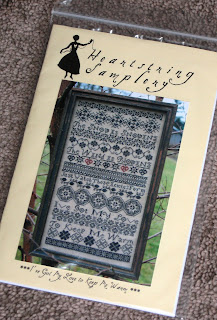 I just love Beth's work and this new one did not disappoint!! You can get your copy from her Etsy store.

Another Etsy purchase (I spend way too much time looking at this site!!) is another thing I am in love with - handmade soap - I have no idea why but I love the stuff. 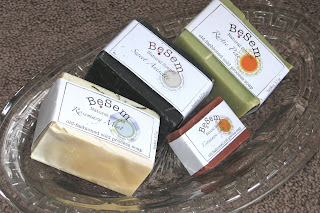 I have ordered handmade soap from a few places but I think this is some of the best out there. I had waited until she had some more Sweet Anisette made before I placed this order - can you believe it licorice soap!!! - she is so sweet and always includes a little sampler bar - this time it is cinnamon!!

The flickers this weekend were good. Two that stood out would be "The Reader" 2008 - starring Ralph Fiennes, Kate Winslet and David Kross. A real tour de force part for Kate Winslet - winning the Oscar for Best Performance for an actress in a lead role. The book was so superb and moving I knew the film would be very powerful and I was not disappointed. It is really two films in one with very adult themes of love, hate, war, murder, redemption - a very thought provoking and moving film if there ever was one.

The second film made during WWII was taken from a Broadway play by Cole Porter. "Du Barry was a Lady" - 1943 starring Lucille Ball, Red Skleton, Gene Kelly and Virginia O'Brien - Not the best musical ever but one of the most beautiful by far!! This was one of the first big Technicolor musicals for MGM and they took full advantage. Starting off with dyeing Lucy what became her signature flame coloured hair. This was only Gene Kelly's second major role in a film - doing this right after appearing with Judy Garland in "For me and My Gal" - he only gets to do one solo number but it is a wowzer! I enjoyed the film but the story line is kind of sappy - watch it for the musical numbers and glorious color!

There you go sports fans - thanks for stopping by and for your kind comments - I do appreciate them!!