Gentle Freinds, even with the heat we were able to ride around and find some fun things... 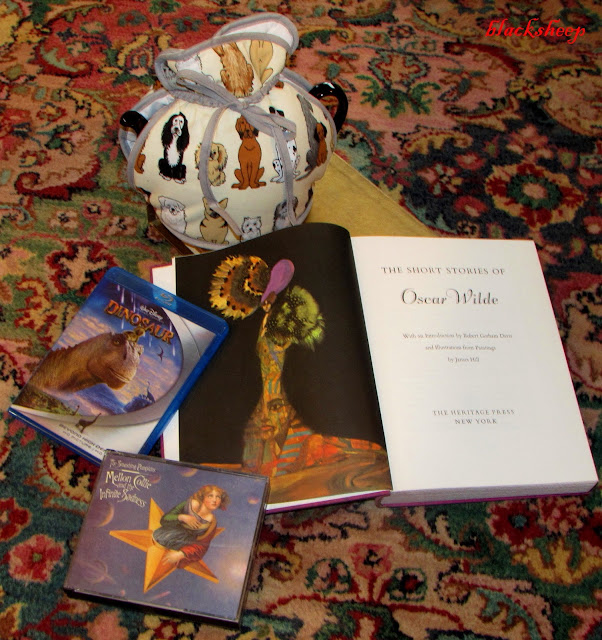 ... from the bottom up...  a copy of the Smashing Pumpkins 1995 double album release, "Mellon Collie and the Infinite Sadness" a BluRay of "Dinosaur", a 1968 Heritage Press of Oscar Wildes short stories and a super "doggie" tea cosy, I've put one of my "brown betty's" in it to show how it works.

In case you've forgotten or are unfamiliar with the Smashing Pumpkins here's the music video of "Tonight Tonight" that was released when the album came out....  all those years ago...

There you go sports fans, more great stuff!!  Thanks for stopping by do stop again!!