Gentle Friends, even with very little going on around here,
we did make it out over the weekend for a little shopping... 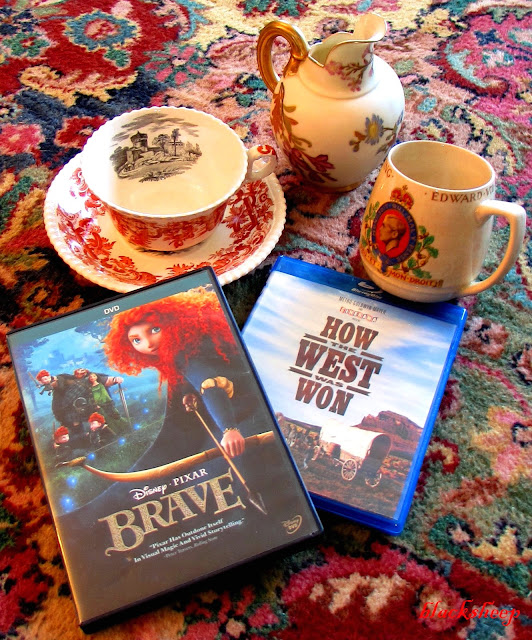 ... we hit the usual "shops" and an Estate sale....  I picked up some fun stuf.....from L to R, an oversized transferware cup and saucer in the "Beverley" pattern, a super flat back Royal Worcester ewer date marked 1888, a commemorative cup from the Coronation that never happened for Edward VII, a DVD and I found a copy of the Blu-Ray release of "How the West was Won" one of only two traditional full-length CINERAMA films ever released.  Although it is a little light and sometimes silly on the story side it was magnificently shot and is really a beautiful film to watch...and the Blu-Ray release is a glorious restoration.
______________________