Gentle Friends, over the weekend, which were two lovely sunny days here by the Bay, there were 3 Estate sales to visit - and my regular Thrift/Consignment stores.....  can we say "in Hog Heaven!!"  Although two of the sales were a bust the third and last one we got to was gigantic.  There was a ton of stuff and a ton of folks shopping.  I found some fun things...... 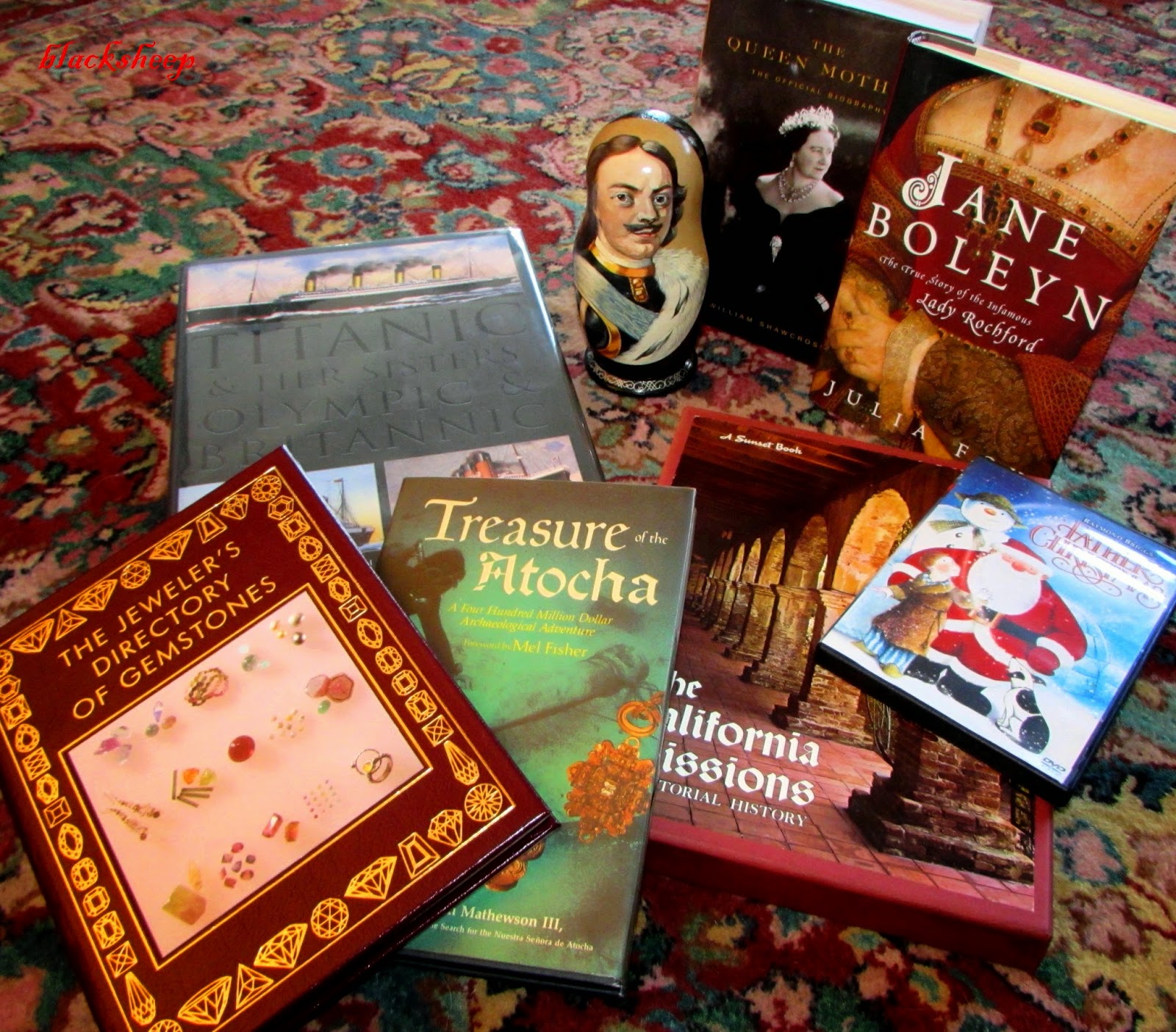 .....  there were 100's of books to see and sift through with bookshelves everywhere....  The book about the Atoche is really nice as it is signed by the Head Conservator and the head archaeologist, both talking about all the support given to the search - I am guessing that the person who's stuff we were all pawing through was an investor. I was really excited to find the great matryoshka of the Czars and Czarina of Russia.....  I saw it on Saturday but it was far to expensive so I left it knowing that Sunday was 1/2 price day..... I went back on Sunday and I thought someone had already bought it, but after searching around I found it in a back pantry and totally snapped it up! 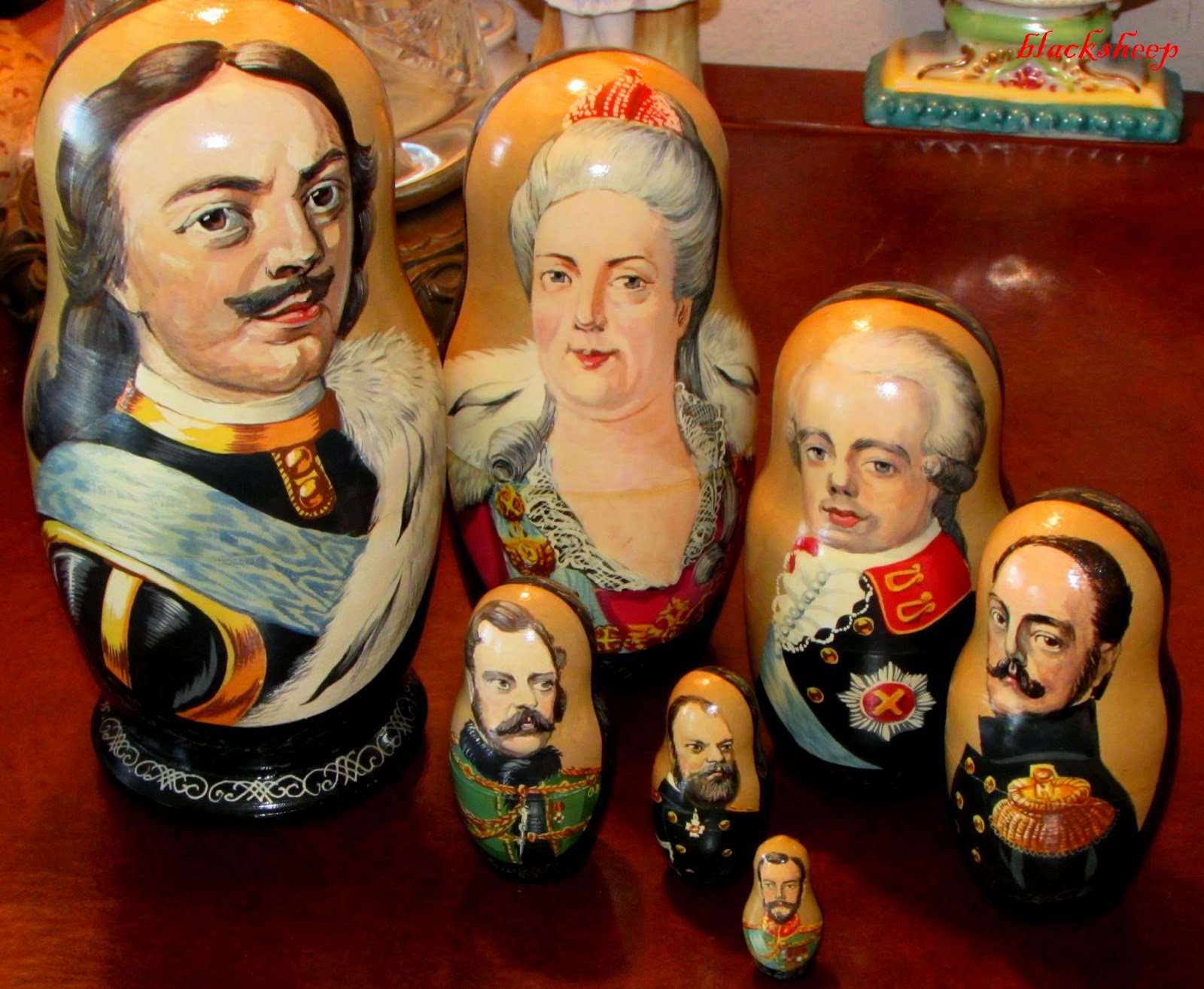 There you go sports fans, more fun stuff  - or as I've heard around my house lately... "more stuff to dust".....  thanks for stopping by do stop again!!