Gentle Friends, since we are all SiP lately and probably for the foreseeable future at least I thought I would post about a most enjoyable film. One of my favorite 30's films... 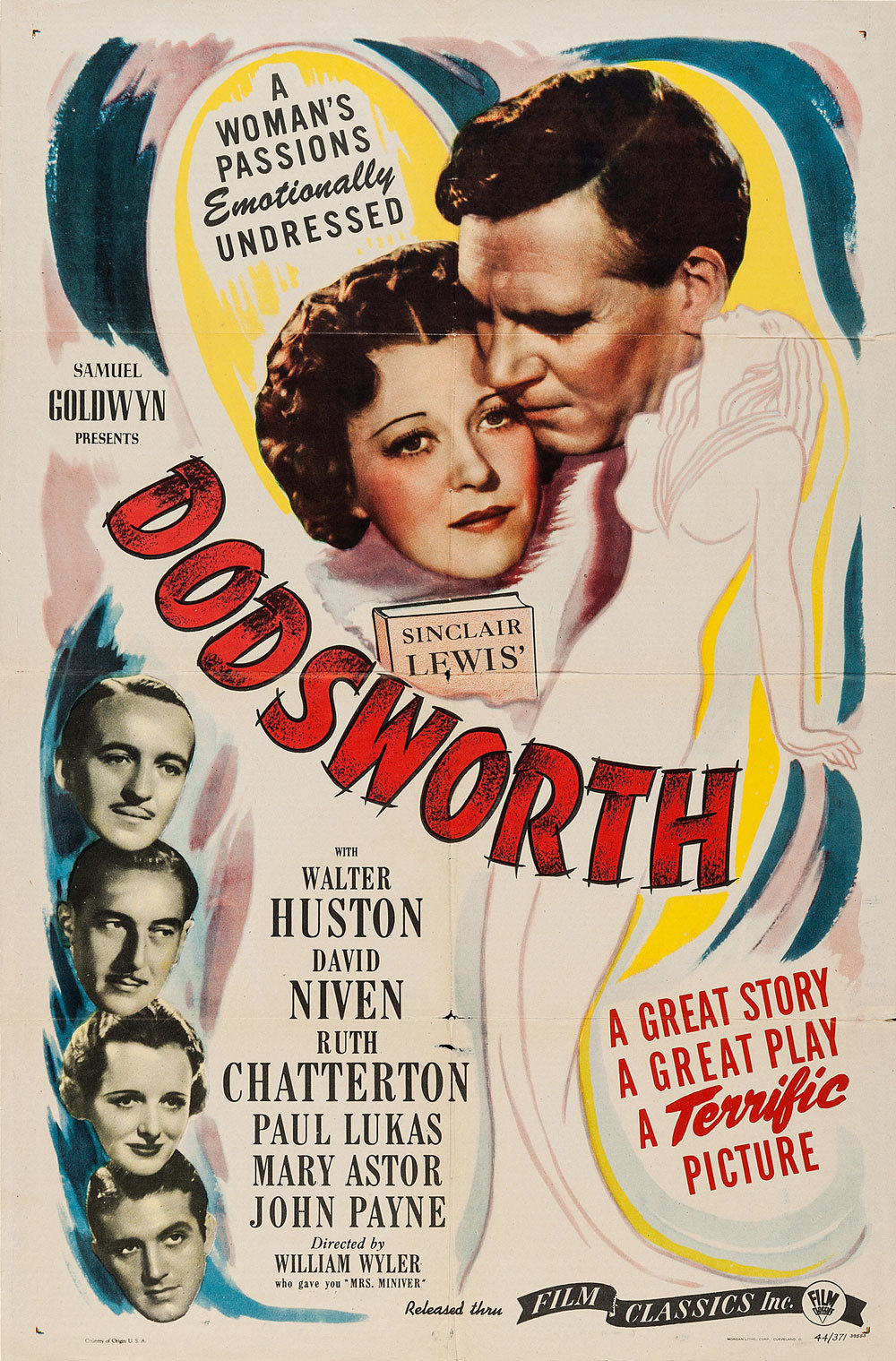 "Dodsworth" - 1936 - starring Walter Huston, Ruth Chatterton, Mary Astor, and David Niven...  Warner Archives just released a really super version on BluRay last week, I had it preordered for a couple of months so I got my copy super fast!!    Directed by William Wyler... here's a bit I lifted from Wikipedia... in a nutshell ... "the center of the film is a study of a marriage in crisis.  Recently retired auto magnate Samuel Dodsworth and his narcissistic wife Fran, while on a grand European tour, discover that they want very different things out of life, straining their marriage."  In Paris they have a party and here's a little clip...

Not the best piece of film out there, I think it was taped off of the
TV but it epitomizes Fran...  and I do love Mary Astor!!

Along the way to Europe they meet Mary Astor an ex-pat on her way back to Italy where she lives and David Niven who is just going back to England.  It's a film I really enjoy and they play often on TCM.  The story is good, the acting is good and moves at a good pace.  I would recommend this film any time and hope you will take a look if you get the chance!
________________

There you go sports fans, thanks for stopping by dos top again!