Gentle Readers and Dear Friends...  not too much to report, I have been stitching away on an exchange piece, so not snaps of that, yet.

Today's post will be all about film, and not just any films, but three films by that stunning actress Glenn Close.... 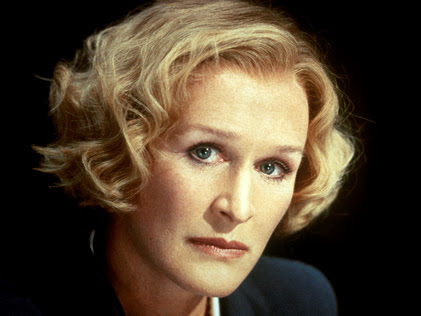 This award winning talent on screen is just phenomenal!!  Last night by some quirky coincidence turned out to be a very Close evening of her films.  In the mail I got a Netflix DVD of her film "Albert Nobbs" - 2011. 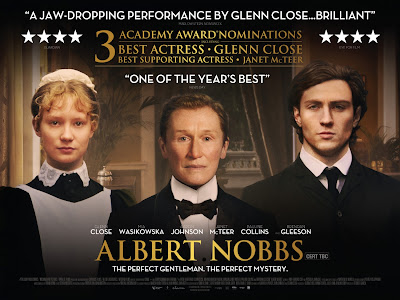 This is her most recent Award nominated film to date - and what a stupendous effort - starring along with Glenn Close is Janet McTeer (who was magnificent in "Songcatcher" - 2000), and Pauline Collins. A most interesting and unusual film with so many layers and connecting stories that I was totally blown away!!  Well worth a look.

Now, back to my evening...  I usually don't start a Netflix film until about 7:30 or 8, I usually play pop the button flipping around the channels and bitch about TV being so awful for a good long while, you get the picture.  Last night while flipping through the bazillion channels I came up against two other Close films.... The first is one of my all time favoirte films "Dangerous Liaisons" - 1988 - I love everything about this film  - the look, the story, the acting - just everything!!!  I have probably seen it about 100 times over the years.  I watched this for about an hour or so... then flipped around again and landed on another Close favorite....  "Paradise Road" - 1997 - 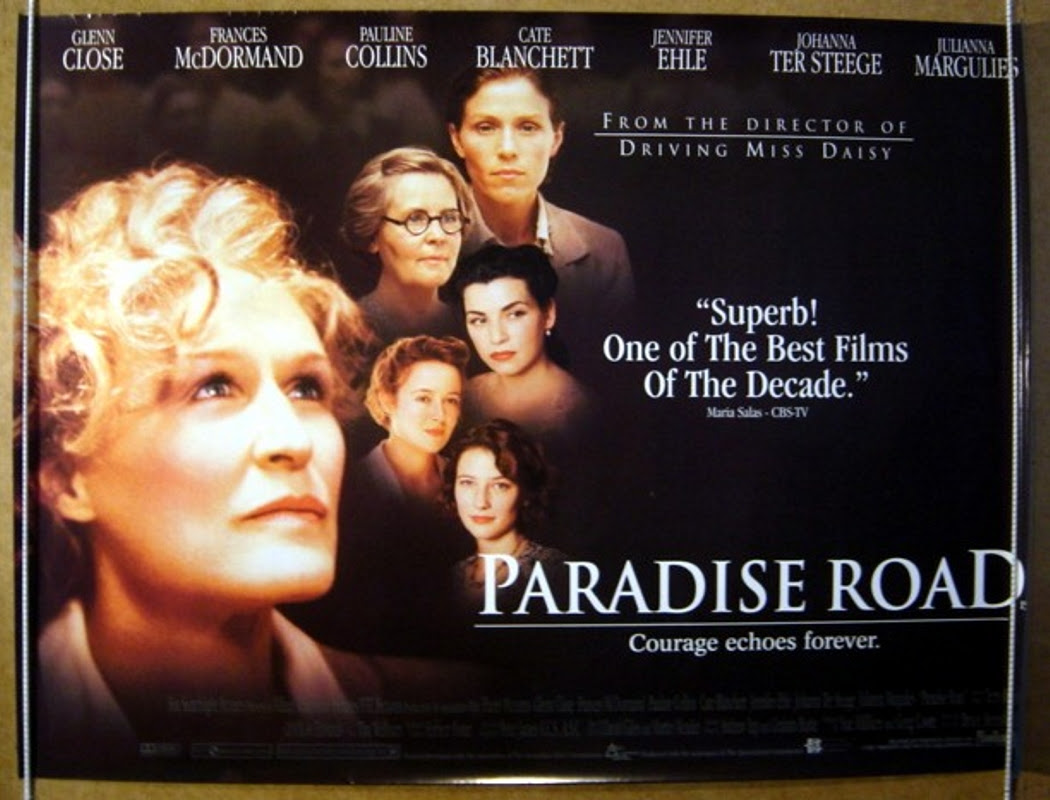 a film where she also worked with Pauline Collins - coincidence, I think not. - So I watched the last half of this film before starting "Albert Nobbs."

That's about it for today sports fans.  Thanks again for stopping by, do stop again!!