Gentle Readers and Dear Friends thank you all so very much fro ALL the kind comments and emails about my Cottage SAL piece.  It is a fun piece to stitch and I think will turn out great - much like the LHN Monthly piece I did a year or so ago.
__________

The two movies I wanted to mention today are both directed by that great director John Ford - 1894-1973. Over the years I have really come to enjoy the many movie he made from his enormous career. 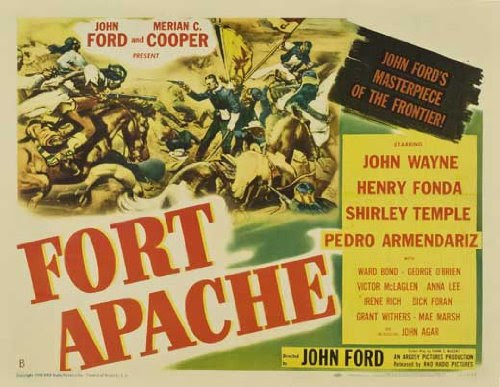 here is the movie trailer -

This was the first of three Calvary films that Ford made - it was followed by "She Wore a Yellow Ribbon" - 1949 and then by "Rio Grande" - in 1950.  Wikipedia has a great synopsis of the film HERE.  I totally enjoyed this film and would certainly recommend it to anyone.

I couldn't find a trailer for the film but I did find the opening credits - you can get a real feel for the film from this...

This is a wonderfully shot film and a pretty good story - worth a look.  For a nice synopsis of the film you can click HERE.  This is another Ford film I would highly recommend - you can not go wrong with either film!!
____________

I think I'll wrap it up for today sports fans.  Thanks for dropping by - do come again!