Getting Back to the Market

GR&DF I am so glad that you enjoyed the pupusa blog - I totally love those things!!! Cheese - to me - is one of the perfect foods - along with bacon... now don't get me started on the pig - a perfect food on the hoof!!! - Beth mentioned the cabbage slaw and I love that also. It sounds spicy with the red peppers but is really just crunchy and tangy, a super accompaniment to the main cheese delight!!
Yesterday I visited the Farmers Market and I guess it is still between seasons.
I got a couple of nice snaps - 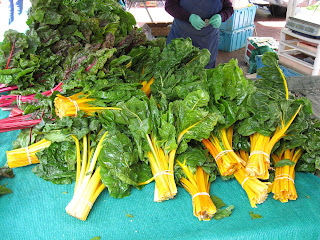 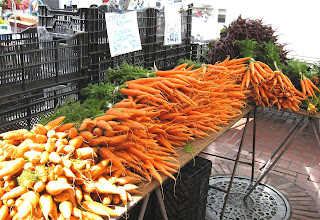 and this huge pile of carrots. I picked up some nice tomato's, tangerines, fingerling potatoes and some kettle corn. 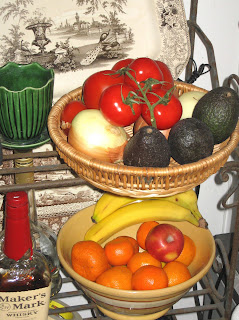 I guess when spring is really here the market will be overflowing with things. 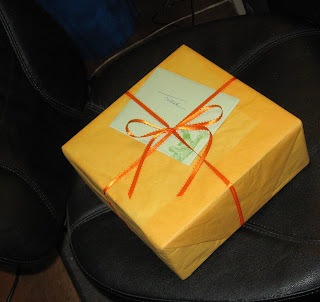 - and we picked out a couple of pretty cool t-shirts. I knew if I didn't get it together and get something in the mail today then he would have nothing from his Uncle edgar next week on the 2oth when he turns 12. Jeez I can't even remember 12, hell, I can't remember last week - what am I thinking!! :)

Last night the flicker was another mid-century melodrama from Douglas Sirk - "All That Heaven Allows" - 1955 - starring Rock Hudson, Jane Wyman and Agnes Moorehead. A beautifully shot and well acted piece with all the typical Sirk bells and whistles - the story revolves around a widow, Cary, played by Wyman who falls in love with her gardener Ron, played by Hudson. That is the trouble we see brewing since Ron is "younger" and Cary is "older." As an archetype, Ron seems too pure. And Cary's children and friends, shallow, selfish, vain, gossipy, and judgmental, are easy to dislike. This sharp dichotomy is somewhat unrealistic. But it gets the point across. And that point is a blistering indictment of 1950's American materialism and mindless conformity. I think the story says in no uncertain terms - "To thine oneself be true." Words to live by!! I always have enjoyed Sirk films and would recommend them to anyone - at about 90 mins this film is just long enough. Here is the "dramatic" trailer made for the film...


Karyn mentioned a wonderful film - "Mildred Pierce" - 1945 - staring Joan Crawford, Jack Carson, Zachary Scott, Eve Arden and Ann Blyth. Superbly directed by Michael Curtiz - I just love this film and have seen it dozens of times!! Remember that Joan Won Best the Best Actress in a Lead Role - Oscar for this playing this part after being let go from MGM and moving over to Warner Brothers

Not enough stitching lately to show so I will hold off until there is a decent enough bit done.

I think that's about it for today - thank you for your kind comments - I do appreciate them!!
Do stop by again!!