Gentle Friends, I finished up "Tidings" last week... it was a fun stitch and so seasonal.  I often want to stitch some in "season" but things either overlap or I just procrastinate until its too late and just don't get to it or whatever.  But, this year I was on point all around and here tis'..... 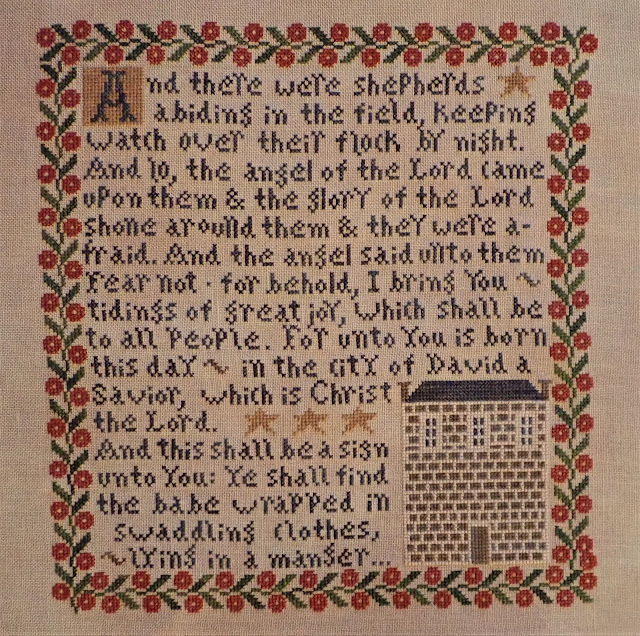 "Tidings of Great Joy" by La-D-Da
I switched out some of the called for floss:

I also made a few little tweaks as I stitched along that made more sense to me and the way I think the piece should look... but they are small changes and scattered. I'm thinking that I'll get this finished up into a small Christmas pillow instead of framing.....  I did get started on a new project It's a traditional sampler that comes from Shakespear's Peddler that Therese did a few years ago.  Sadly I've no snap of my progress so I'll just save that until stitching Monday.
_________________

There you go sports fans.  Thanks for stopping by do stop again.