A Thanksgiving Weekend - Lots of Photo's

Gentle Friends...  our Thanksgiving weekend started off with us heading over to Pier 39... 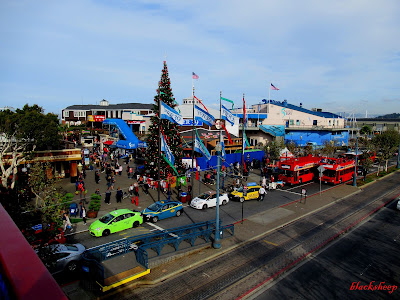 ... to meet up with Vonna, The Twisted Stitcher!!
She was out here visiting her brother and his family for Thanksgiving. 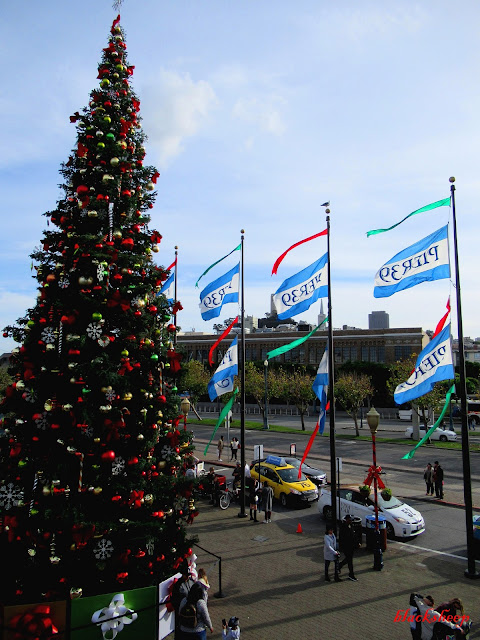 ... we had a lovely long lunch ... and I knew from our years of cyber-friendship, she was a delight!!! 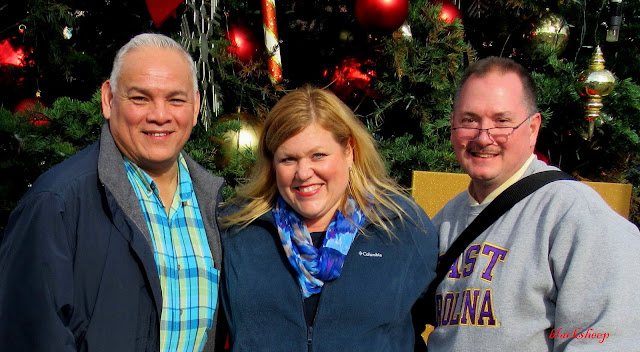 My sister, BiL and niece were all in attendance for Thanksgiving...... 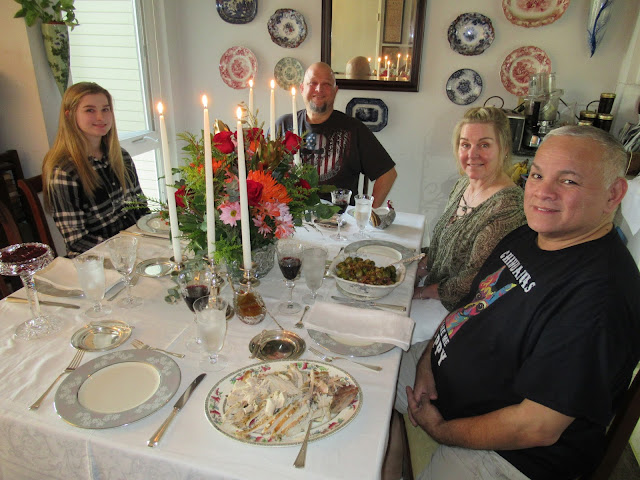 On Friday we headed to Alcatraz, my sister had gotten tickets a few weeks before... you get catch the ferry to Alcatraz at Pier 33.... 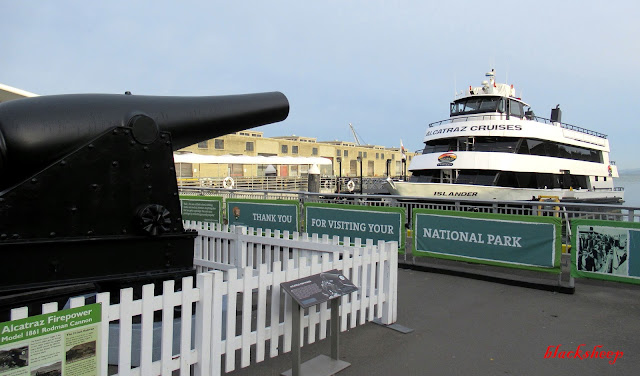 ... the gun to the left in the picture is a replica Model 1861 10 inch Rodman Cannon since Alcatraz began as a US Army Fort it was designed to defend San Francisco Bay from enemy attack.  at the height, of the Civil Was, there were more than 100 heavy cannon the island.  The Rodman Cannon ranged in size from 8-inch caliber guns up through 15-inch caliber models - the largest could weigh in at nearly 50,000 lbs.  by 1869 the US Army had shipped 39 Rodmans to the island.  The last of the cannons were donated to a scrap drive in 1943.  This replica weighs in at about 20,000 lbs, could fire a solid 128 lb cannon ball, with a range of 2.75 miles...

before getting on the boat we had our picture taken.... 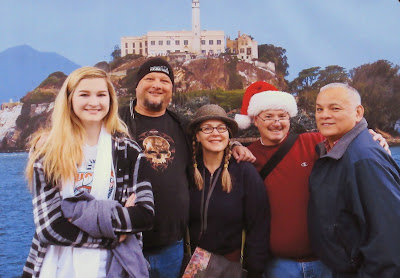 ... although I took this shot as we were leaving this is where you land on the "The Rock." 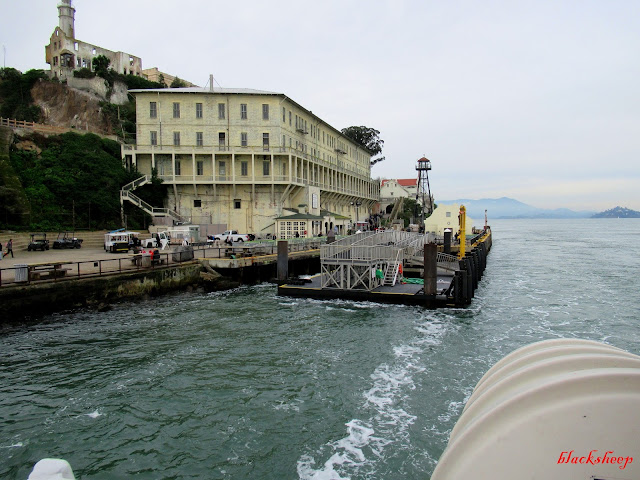 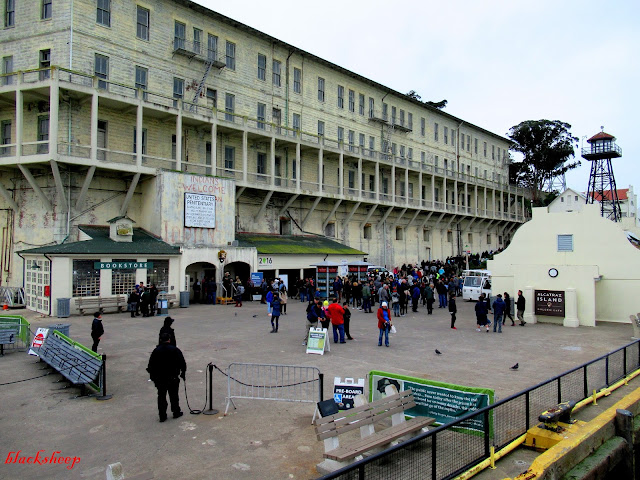 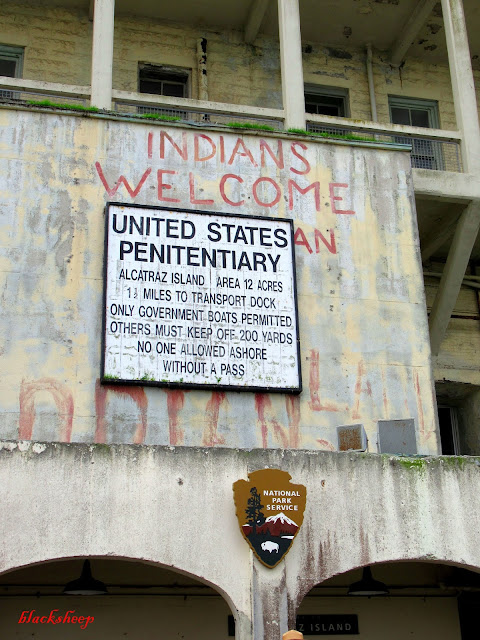 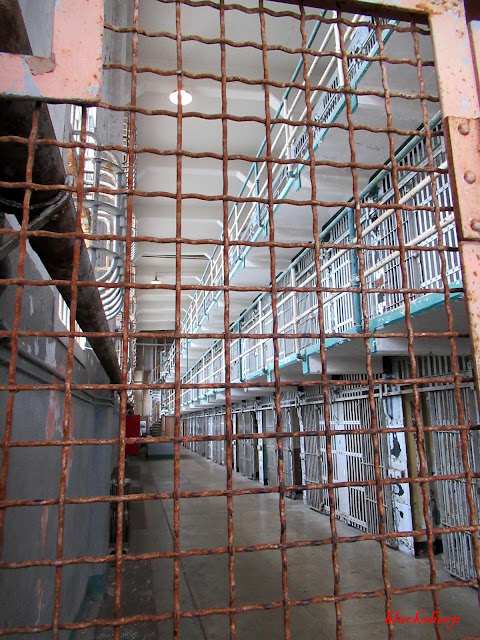 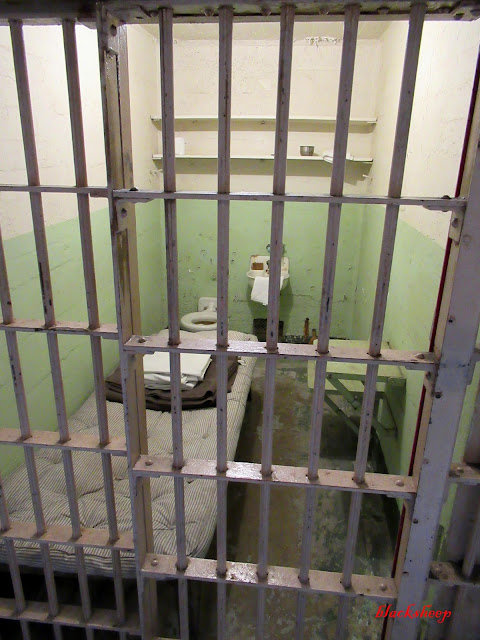 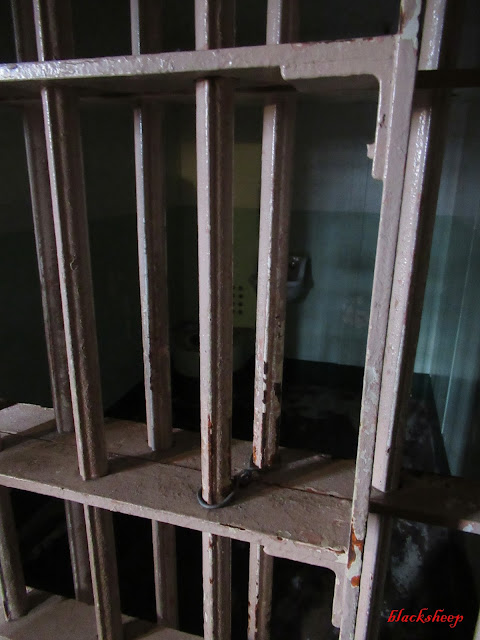 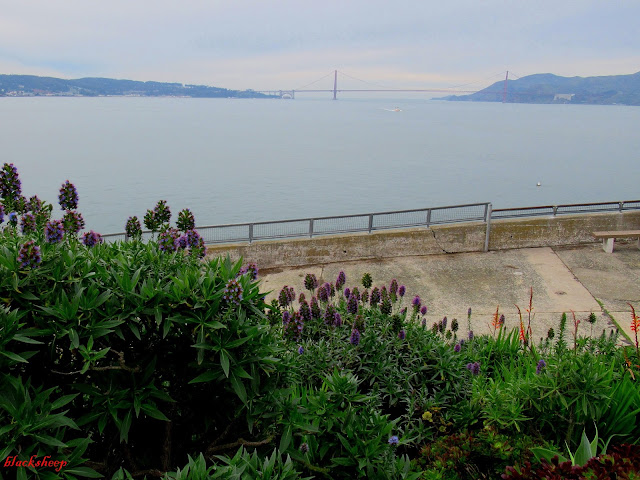 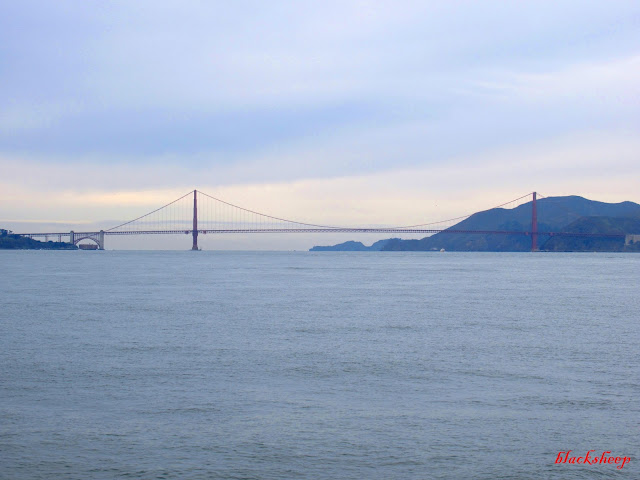 .... the approach to the island has this sign  for all who came here when it was a prison.... 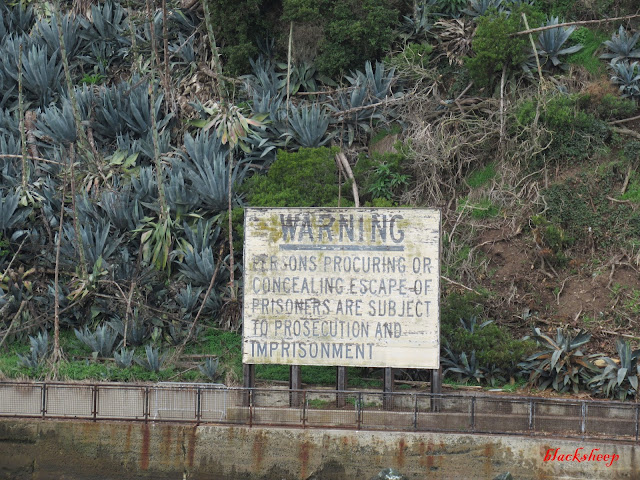 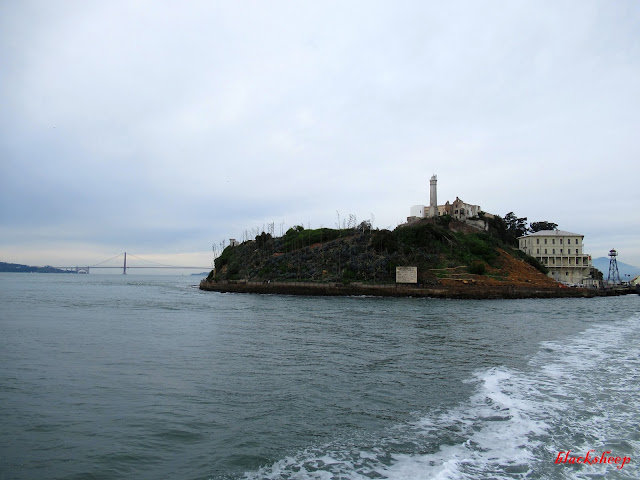 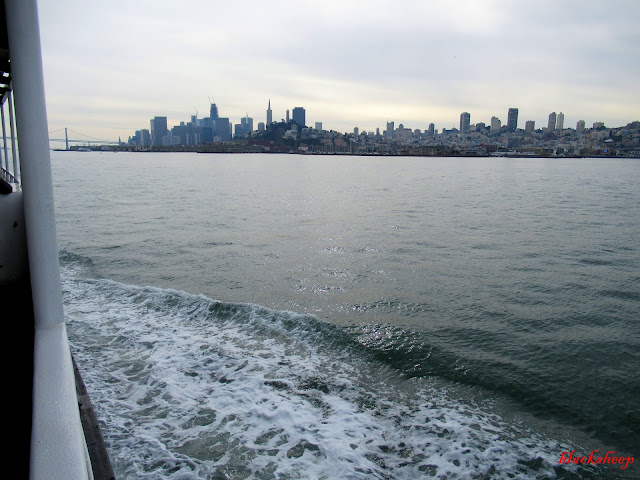 That's about it for today sports fans, thanks for stopping by dos stop again!!

Take care
edgar
Posted by Edgar at 7:45 AM