A Couple of Things

Over the weekend we got to a few of the "shoppes."  I found two things... 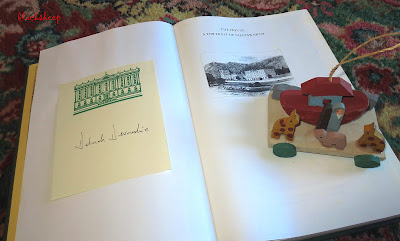 A great "guide" book of Chatsworth and a super "Noah's Ark Toy" ornament.  Chatsworth has always fascinated me - being the home of that great Elizabethan female powerhouse Bess of Hardwick, this is the house that also held Mary Queen of Scots for years.  Here is the Official site for the House.  And, here is the some extra info on Wikipedia.  As many times as I have been to the UK I have never made it here, but someday!!!
______________

I also wanted to mention another super multi-chart release that Nikki from CCN is starting for next year.  It's called Santa's Village.  It looks super cute and lots of fun.  Here is a little teaser of the piece stitched as a single piece. 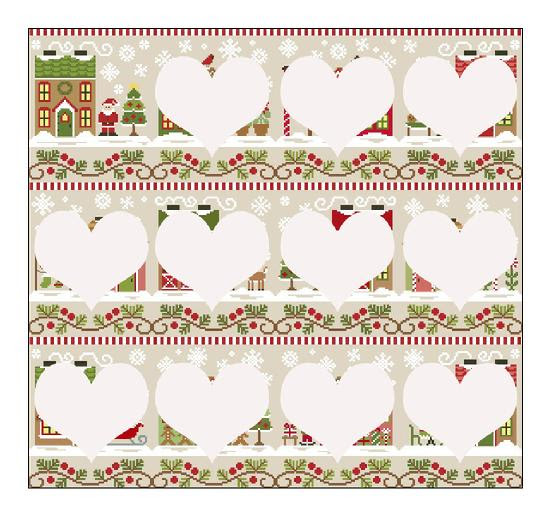 Although each chart can be stitched as a single stand alone, what a super piece worked on a single piece of linen!!  So that we can see all the stitching - Vonna has started a Blog for those that want to join and post their progress.

I have finished up my Exchange piece and also gotten a little bit more on ATS stitched.  I'll try and get a snap of ATS for tomorrows post.
____________

That's about it for today sports fans.  Thanks for stopping by, and for your super comments!!  Do stop again!