Gentle Friends, we were out and about as usual over the weekend and I found a piece of silver that  I am still kind of amazed that was out there to be found... here some snaps... 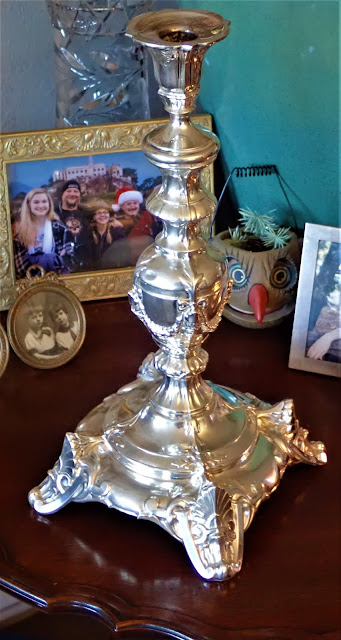 ... I found this in a Salvation Army Thrift Store.  I think because of the odd way it had tarnished and the details that were filled with dried-on silver polish that they thought it was a silver-plated piece.  I even though that for a few minutes, until I started to really look at it and fell its heft.  I've dealt with lots of silver in my life and after a while, you get to know what an older piece feels like and what it should look like underneath.  The marks on the bottom of one of the feet are odd and illegible so that was no real help, but I am sure it's eastern European and probably 800/850 parts silver which is typical of the silver content for the time and area.  English and American are usually the 925 parts of silver. 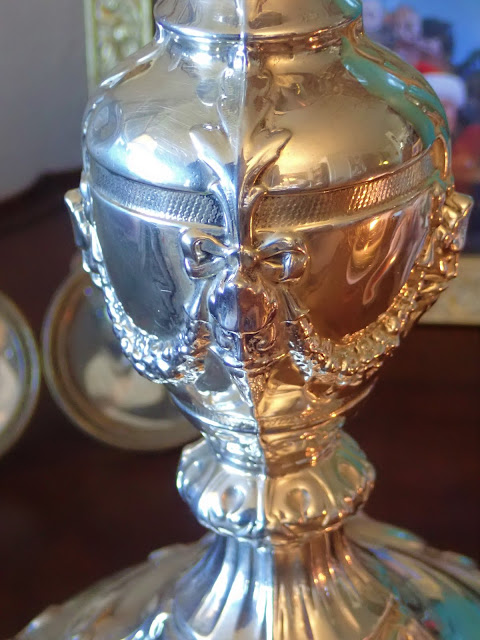 ... a closeup of the decorative masks and garlands... 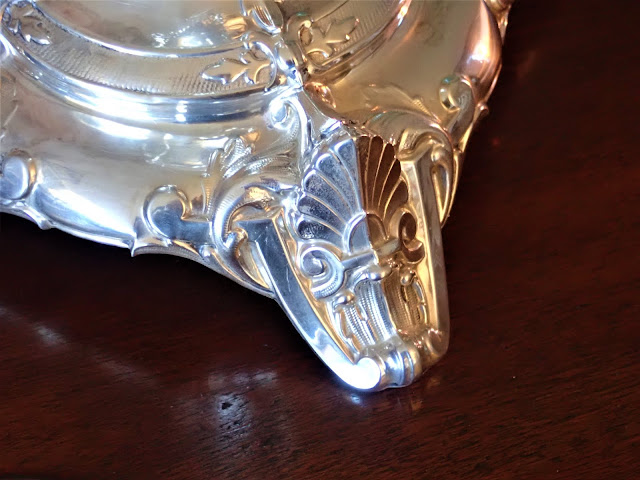 ... and the anthemions on the feet make me believe it dates to the 1870s or so...  when I was checking out I asked if there was another stick somewhere in the store... they said there was only the one that came in, but I'm keeping my eye out for the second one.... as I am sure it was a pair or maybe a set of four or six.... now wouldn't that be wonderful!! 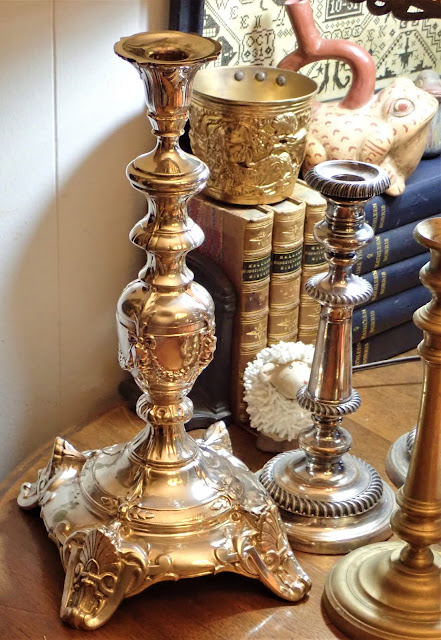 There you go sports fans, thanks for stopping by do stop again!!